The Naira within the week depreciated to an all-time low of N730 to a U.S dollar at the parallel market. 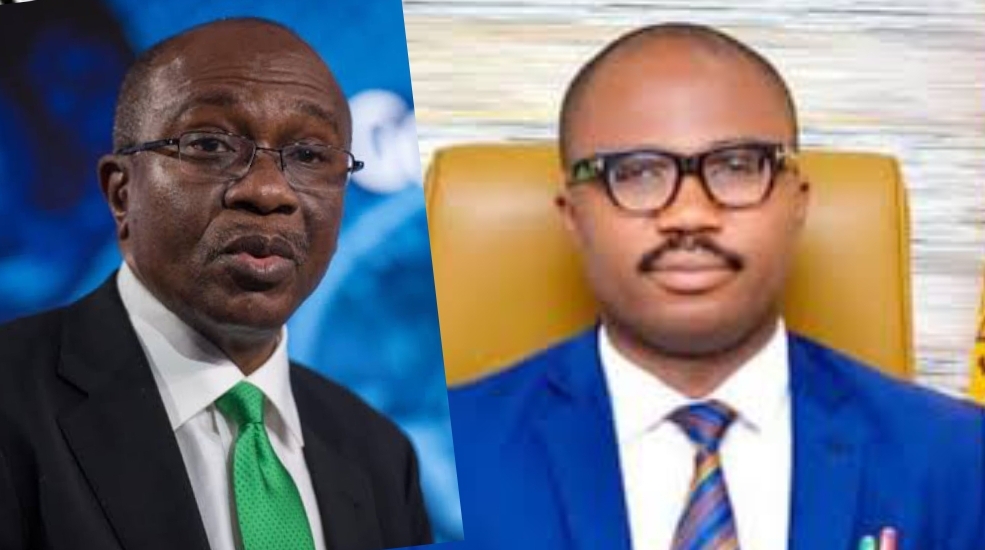 The National Youth Council of Nigeria (NYCN) has blamed the Governor of the Central Bank of Nigeria (CBN), Mr. Godwin Emeﬁele’s poor economic management policies for the recent free-fall of the Naira.

The Naira within the week depreciated to an all-time low of N730 to a U.S dollar at the parallel market.

President of the NYCN, Comrade Solomon Adodo, stressed that statements credited to the CBN Governor alleging that the current free-fall of the Naira against other major currencies was as a result of the non-remittances of dollars to the foreign reserve by the NNPC Ltd, without highlighting the reality of the causative oil and non-oil related factors including a drop in Nigeria’s crude oil production, growing petrol subsidy, an unsustainable dual exchange rate system, reduction in foreign direct investments and growing dependence on importation across many sectors of the economy as disingenuous and unpatriotic.

The group ﬂayed Emeﬁele for completely failing to concentrate on his core mandate of price stability as the apex bank’s governor, pointing out that with inﬂation at about 19 percent and the exchange rate nearing N800 to a dollar, the CBN Governor should be held responsible for deepening poverty in the country as he continues to work at cross-purposes at President Muhammadu Buhari’s objective of reducing poverty and growing the economy.

The statement reads: “We are all witness to the fact that from August 2020 to July 2022, the oﬃcial exchange rate has moved from N381 to N415/$, representing only a nine percent increase. However, the parallel market has moved from N470 to N710 within the same period representing a 51 percent increase and a record 71 percent arbitrage with the oﬃcial exchange rate creating a huge incentive for round-tripping, price gouging, sharp market practices, and inﬂation.

“The NYCN is therefore shocked by the comment of the Governor associating the free-fall of the parallel market rates to NNPC, even though it is purely a monetary policy issue and outside the purview of the NNPC.

“As a youth group, we have noted that the inability of the CBN to promptly release Joint Venture (JV) cash call funding from the Treasury Single Account (TSA) even when the Nigeria National Petroleum Company (NNPC) Ltd had adequate cash cover, leading to the loss of JV Partners’ conﬁdence to restore production and reap the beneﬁts of today’s improved oil prices.

“We are in the know that for over three months now, dollar-denominated cash call payments amounting to over $400 million, properly processed, are yet to be paid by the CBN under Mr. Emeﬁele.

“The combined impact of CBN’s inability to promptly release JV cash call to restore production, the increasing losses due to crude oil theft, and production deferments has culminated in signiﬁcant crude oil output losses of over 600, 000 barrels per day.

“We ﬁnd it curious that the apex governor seems to be unaware of the insecurity and huge oil theft in the Niger Delta which have continued to challenge the country’s oil production and the oil industry and gas industry in general. At present, there are massive losses and declaration of force majeure across the country’s major onshore production export facilities of Bonny, Brass, and Forcados.

“At the current year-to-date average crude oil price of $107 per barrel, Nigeria is counting opportunity losses translating to over $64 million per day, and a monumental impact of about $2 billion per month.

“We are taken aback that Mr. Governor is feigning ignorance that the country’s rising petrol subsidy cost, as well as the rising cost of external debt servicing, are all obligations aﬀecting the economy. These aﬀect the NNPC’s remittances to the Federation Account.

“From January to June 2022, the cost of PMS subsidy has reached N2.2 trillion and it is estimated that the full-year subsidy bill may hit N5 trillion and N6 trillion in 2023.

“Apart from government decision to defer the implementation of PMS deregulation, the subsidy proﬁle is signiﬁcantly inﬂuenced by CBN foreign exchange management.

“From January to June 2022, the cost of PMS subsidy has reached N2.2 trillion and it is estimated that the full-year subsidy bill may hit N5 trillion and N6 trillion in 2023.

“Apart from government decision to defer the implementation of PMS deregulation, the subsidy proﬁle is signiﬁcantly inﬂuenced by CBN foreign exchange management.

“It is however worth noting that the NNPC has recorded signiﬁcant gains on production ramp-up including attaining ‘ﬁrst oil’ production from the Anyala – Madu Fields and most recently Ikike ﬁelds which cumulatively boost national oil production by almost 80, 000 barrels per day.

“Furthermore, NNPC’s eﬀorts towards attaining additional combined production of over 100, 000 barrels from ﬁelds like Obodo, Utapate etc has never abated despite the global setback recorded as a result of the eﬀects of COVID-19 pandemic.

“History shows that Mr. Emeﬁele is at sea on addressing monetary policy issues. We recall that in 2021, the CBN governor blamed Aboki FX for the depreciation of the Naira. He would later blame members of the Association Bureau De Change, which led to the stoppage of dollar sales to the group. At another time, he blamed the Naira’s depreciation on activities of money laundering, terrorism ﬁnancing as well as politicians.

“Furthermore, Nigerians are bearing the brunt of the inaction of the CBN Governor as the Emirates Airlines, the ﬂag carrier of the United Arab Emirates (UAE), has reduced its ﬂight operations to Nigeria over the inability of the CBN to repatriate about $85 million in revenue.

“Was the failure to repatriate Emirates funds also caused by the NNPC?

“The International Air Transport Association (IATA) had said Nigeria was withholding revenue worth about $450 million earned by foreign airlines operating in the country. Emirates said the planned reductions in its operations in Nigeria would take eﬀect from August 15, 2022.

“And in a manner that ﬁts his erratic policy, he has at present shifted all blames to the NNPC. This is clearly a case of a bad workman who blames every other person for his inability to deliver. To us at the NYCN, Emeﬁele is tired and should be sacked by President Buhari.

“From all indications since his failed presidential bid as well as his rejection by the All Progressives Congress, a partisan Emeﬁele has been doing all to rubbish the achievements of President Muhammadu Buhari and this should no longer be permitted.

“As Nigerians concerned about the future of this country and before Mr. President heeds our clarion call to send Mr. Eemeﬁele packing from the CBN, we advise that the CBN considers among other options the World Bank’s recommendation of adopting a single market-responsive sustainable exchange rate, improving access to forex through well-deﬁned periodic forex auctions, and signaling a renewed commitment to price stability as a primary goal of the apex bank.

“We also hope that the NNPC Ltd would compete favourably with its peers globally and this in turn would translate to more foreign exchange for the country as well as improved national energy security,” the group noted.