The NSCDC promised to use the items to combat crimes, protect lives and property. 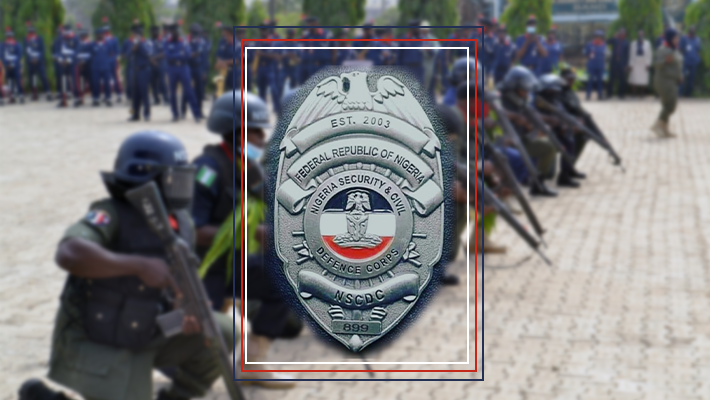 The Emir of Kazaure in Jigawa, Najib Hussaini-Adamu, has donated five motorcycles and 25 torchlights to the Nigeria Security and Civil Defence Corps (NSCDC) in its fight against bandits.

Adamu Shehu, NSCDC spokesman, announced the donation in a statement on Wednesday in Dutse, Jigawa.

He said the items were presented Tuesday to the Corps Area Commander in charge of the Area C, Kazaure Command, Bishir Magaji.

Mr Shehu said the motorcycles and rechargeable torchlights were donated to the Area Command and four divisional offices of the Corps in the area.

“In an effort to support the NSCDC Command towards ensuring effective security, the Emir of Kazaure, Alhaji Najib Hussaini-Adamu, has denoted five new motorcycles and 25 rechargeable torchlights to the Kazaure Area Command and four Divisional Offices of the Corps in the emirate.

“The items were received by the Area Commander in charge of Area C, Mr Bishir Magaji, on behalf of the State Commandant, Mustapha Talba on Tuesday,” Mr Shehu said.

The statement commended the Emir’s gesture, saying it would enhance the capacity of the personnel and boost their morale towards effective service delivery.

The NSCDC asked more people to emulate the gesture, and promised to ensure effective utilisation of the items to combat crimes, protect lives and property in the state.