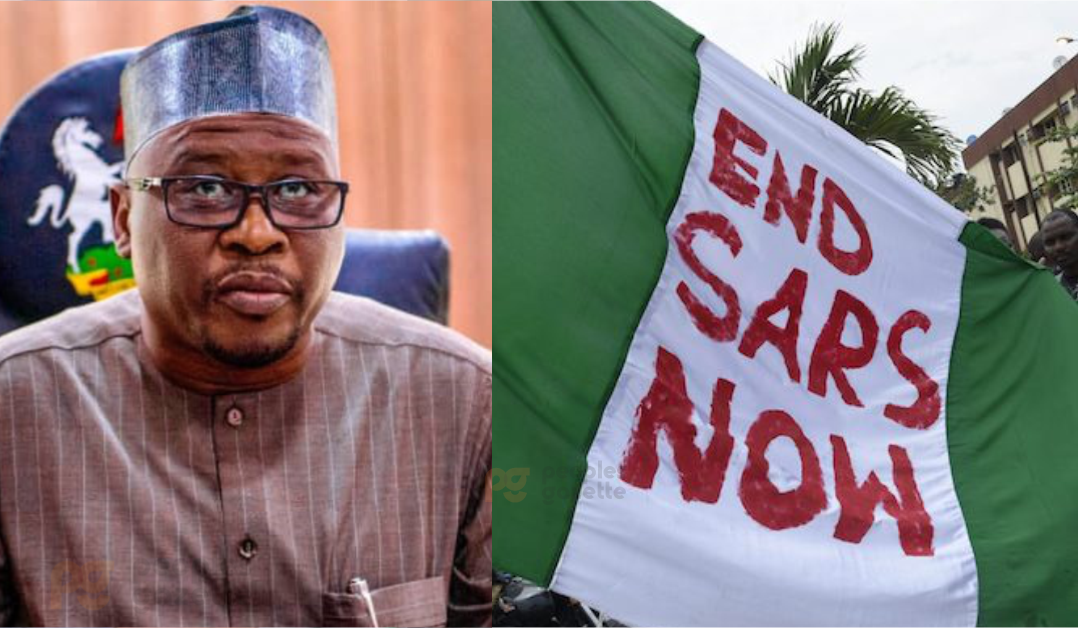 The Adamawa commission of inquiry on police brutality has submitted its report to governor Ahmadu Fintiri.

The panel, led by Justice Adamu Hobon, chairman of the commission, presented the report to the governor on Monday in Yola.

Mr Hobon said the commission had received a total of 13 memoranda from affected individuals with their documentary exhibits.

He said that the commission was set up on November 9, 2020, with five terms of reference mainly on fact findings and expected to submit its report within six months.

The chairman said some of the victims suffered mental trauma, physical body pains, loss of lives and property, adding that some of the losses could not be quantified in monetary terms.

“Having completed the assignment successfully by exhausting all the terms of reference, we now have the honour and pleasure to humbly submit to you Sir, our reports in three volumes.

“Volume one is the main report which contains records of proceedings, findings, observations and recommendations.

“We hope it will be useful to the government of Adamawa State with regards to the purpose for which this commission was constituted.

“We sincerely urge for acceptance and implementation as your Excellency may deem fit,” he said.

According to him, volume two of the report consists of annexures, presentations and submissions from the affected individuals, while volume three consists of all exhibits tendered by parties.

Responding, the governor pledged to ensure full implementation of recommendations submitted by the commission on police brutality and related extrajudicial killings in the state.

He said the report would be studied and fully implemented by the state government, and commended members of the commission for their sacrifice and the job well done.

“The government will continue to put a lot of effort to address the security challenges in collaboration with the security agencies for social and economic development of our dear state,” he said.