The journalist was arrested for not having a press ID, while the protester had a banner with #EndSARS inscription. 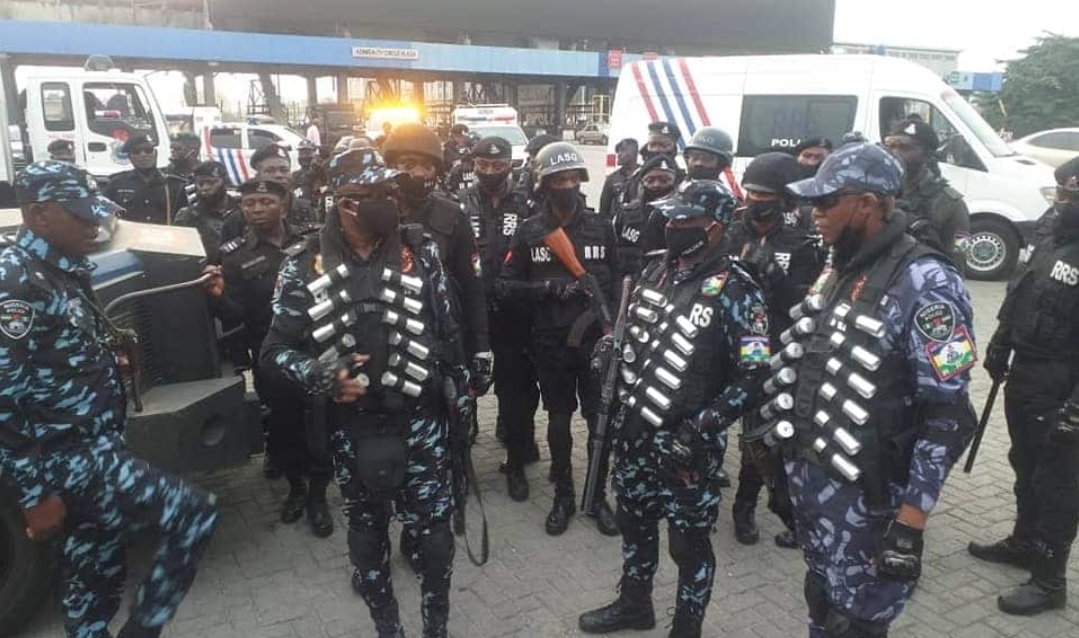 At least two men attending the one-year anniversary of the #EndSARS protest of October 20, 2020 have been arrested by the police at the Lekki toll gate.

The first said he’s a journalist with online blogging platform LEGIT TV, was arrested filming the protest. The other man had a banner with #EndSARS inscription.

Responding to questions from the police van where he was being held, the journalist who introduced himself as Abisola Alawode, said he was arrested for not having an identification card.

“I am a journalist but my phone, drivers license and other identifying documents have been seized by the police, I was only making videos and I kept on identifying myself,” Mr Alawode said.

Nigerian youths have vowed to defy an unlawful order by the police banning protests across the country to mark the one-year anniversary of the #EndSARS protest.

Despite the police vowing to forcefully prevent protests from holding, young Nigerians say they will proceed with peaceful demonstrations to mark the anniversary.