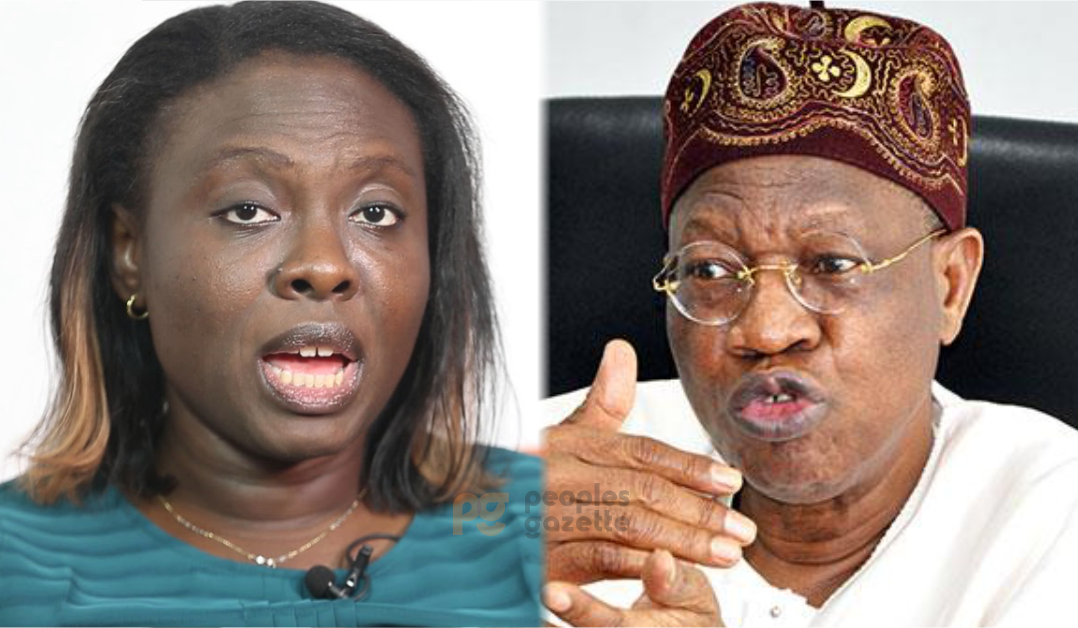 Ms Ojigho made this known while speaking on Channels TV on Tuesday.

She said like many other Nigerians, the human rights organisation had become accustomed to the government’s consistent attempts to manipulate the true events of the ill-fated incident that caused the deaths of harmless #EndSARS protesters on October 20, 2020.

“It is not surprising for us at Amnesty International that the minister, Lai Mohammed, continues to deny that incident that happened that unfortunate day, the 20th of October 2020, at the Lekki tollgate because we have seen in the last one year the constant attacks, the constant narrative that is put out there to gas-light the victims, survivors and witnesses, and create an impression that people are just up to no good.”

Mr Mohammed had on Tuesday rubbished the findings of the Lagos judicial panel of inquiry on #EndSARS, claiming it was “tales by moonlight” and should be disregarded.

However, Ms Ojigho said the minister had become predictable with his repeated snide remarks regarding the Lekki massacre.

The human rights campaigner also condemned how the government is trying hard to malign the image of some human rights defenders, witnesses and victims in a futile attempt to assassinate their characters and render their statements false.

She said the government ought to be focused on resolving issues arising from insecurity instead of silencing human rights defenders and victims of police brutality.

Ms Ojigho reiterated the objective of Amnesty International to ensure government conducts a transparent investigation into the #EndSARS nationwide protests.

“What we have always consistently called for is for a transparent, open investigation into the happenings, not just at the Lekki Toll Gate but throughout the EndSARS protests. There were protests across the country,” she insisted. “People died, people were injured, there were all kinds of petitions and complaints made even before the panels were set up regarding the SARS unit and the police in general.”

Ms Ojigho asked: “Why is it difficult for the authorities to address those petitions rather than focussing on targeting human rights defenders, targeting victims and witnesses, and questioning their integrity and legitimacy?”

Her statement corroborates panel member Ebun Olu Adegboruwa’s claims that there have been threats to his life ever since the report of  the Lagos judicial panel got leaked.

The report confirmed that the Nigerian Army indeed opened live rounds on harmless protesters who were waving the national flag while singing the national anthem at the ticketing thoroughfare.