“SARS operatives…ransacked our bedroom and went away with some of our personal belongings, which include certificates and other documents, money…” 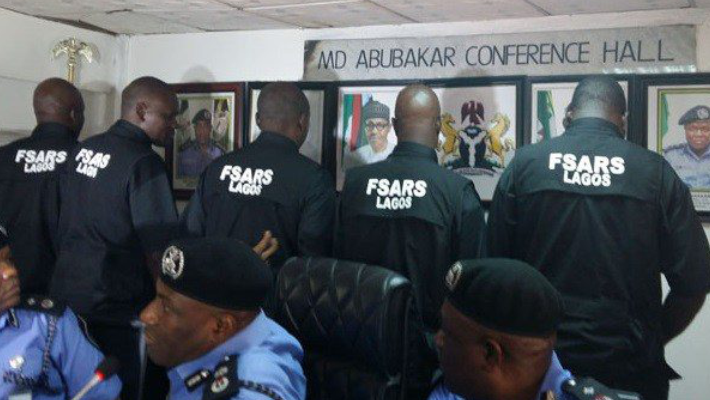 The independent investigation panel set up by the National Human Rights Commission (NHRC) on right abuses by the defunct Special Anti-Robbery Squad (SARS) has ordered the police to show cause for failing to obey orders.

The police had failed to obey the panel’s order in a petition filed by Nnena Alozie on her husband’s alleged arbitrary arrest and detention.

The respondents in the matter are ASP M. Obiozor of the defunct SARS Awkuzu, Anambra; Uzi Emeana; Sunday Okpe, police commissioner in Anambra and the inspector general of police.

The panel gave the directive as it resumed sitting after it adjourned indefinitely on December 23, 2021, when the NHRC paid a compensation of N146 million to 27 police brutality victims.

On December 2, 2021, the panel ordered the police to produce the petitioner’s husband, two vehicles (a Lexus and a Ford), the briefcase and documents taken away from the petitioner’s residence on June 15, 2017, when Mr Alozie was arrested.

Garba Tetengi, who represented the chairman, Suleiman Galadima, directed the police to show cause why the panel should not grant the petitioner’s prayers.

He adjourned until March 7.

Mrs Alozie had in her petition before the panel, marked 2020/IIP/-SARS/ABJ/73, alleged arbitrary arrest and detention of her husband by SARS operatives.

In December 2021, she alleged that six SARS operatives stormed their residence in Lekki on June 15, 2017, and whisked her husband away.

“Since the day they arrested my husband, I have not seen him, and I don’t know his whereabouts,” she disclosed. “After the SARS operatives arrested my husband, they ransacked our bedroom and went away with some of our personal belongings, which include certificates and other documents, money, a Lexus and a Ford, parked in our house.”