Aside recommending the payment of N218 million as compensation to victims of police brutality, the panel found that police officers involved in the crimes lacked professional training. 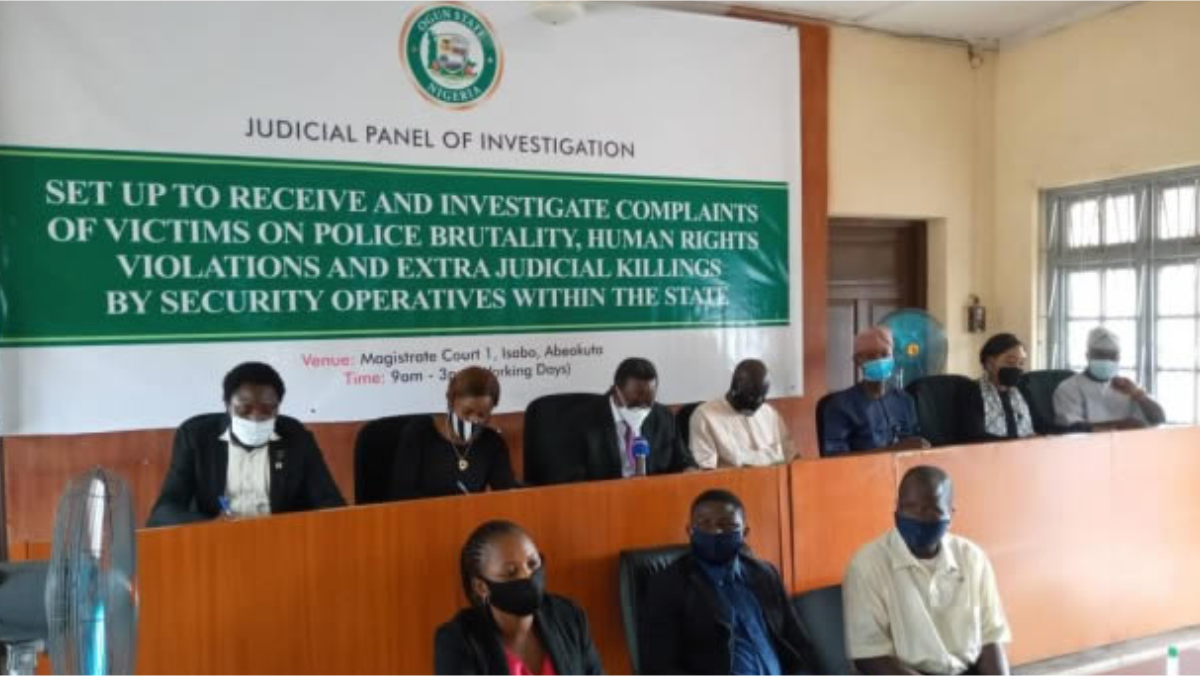 The #ENDSARS judicial panel of investigation on police brutality and extra-judicial killings in Ogun State has submitted its report to the state Governor, Dapo Abiodun, recommending  N218 million as compensation to the victims.

On Friday, the chairman of the panel, Justice Solomon Olugbemi, handed over the report to the state governor, reiterating that the compensation is recommended for victims or families of victims of brutality and violation of human rights by police and other security personnel in the State.

Mr Olugbemi shared that the panel received a total of 106 petitions, where it attended to 58 petitions as the other 48 petitions had either been withdrawn, rejected or abandoned by the petitioners. He also added that the panel found most of the police officers involved in the cases lacking in terms of professional training.

In the report, Mr Olugbemi noted that recommendations had been made for the investigation, discipline and where appropriate, prosecution of some officers.

Receiving the report at the Executive Council Chamber, Oke Mosan, Abeokuta, Mr Abiodun gave his assurances that the recommendations proffered by the panel will be implemented, and thanked the panel members for their effort.

Last October, Mr Abiodun set up the Judicial Panel of Investigation to try alleged cases of police brutalities against citizens of the state.