The Sanwo-Olu led Lagos government has come under fire for discrediting the report of the Judicial Panel of Inquiry which investigated cases of police brutality and #LekkiMassacre. 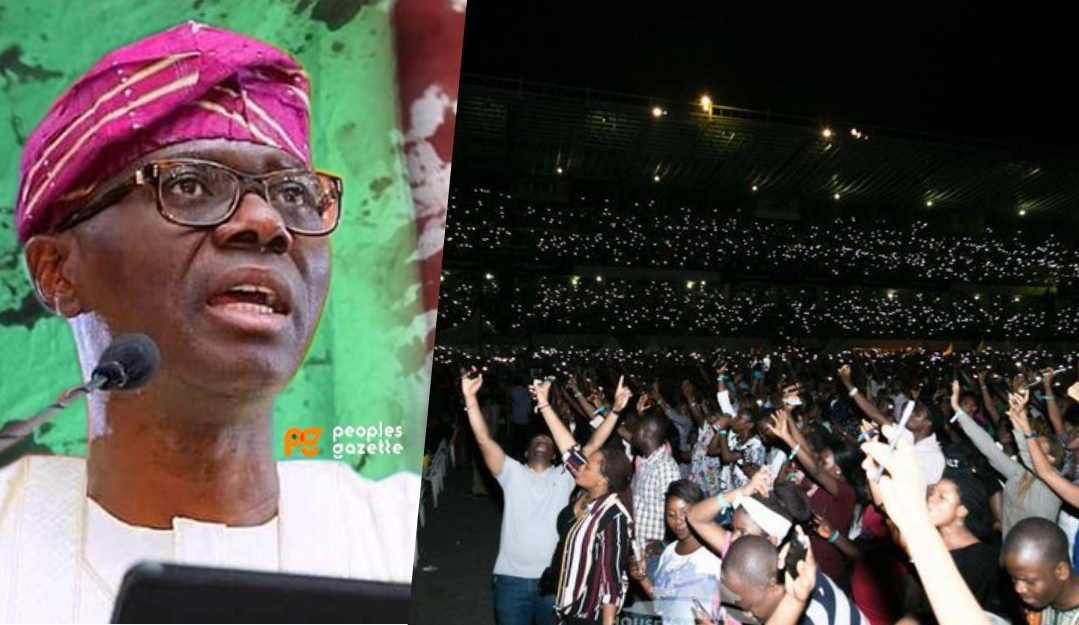 Worshipers at The Experience in the early hours of Saturday booed the Lagos state governor while delivering a goodwill message to the global concert hosted by House on the Rock church in Lagos.

“We choose to turn to light, to peace and righteousness,” Mr Egube had sought to admonish the audience from the Holy Bible, he was however not allowed to settle into his speech before shouts of contempt reverberated across the congregation.

Mr Egube incoherently fast-tracked the delivery of his message and left the podium hurriedly.

Convener of the concert, Paul Adefarasin, senior pastor of the House on the Rock church, however cautioned the crowd saying that booing political leaders is unscriptural.

“The behaviour tonight is unscriptural. The Bible says, do all things without murmuring and complaining,” Mr Adefarasin said.

Mr Adefarasin asked the people to pray for political leaders instead of booing them.

“The scripture enjoins us to pray for our leaders and those in authority. This behaviour is not scriptural and I must honestly caution us,” Mr Adefarasin added.

The Sanwo-Olu led Lagos state government has come under fire for discrediting the report of the Judicial Panel of Inquiry set in Lagos to investigate police brutality and the mindless killing of protesters in Lekki on October 20, 2020.

Mr Sanwo-Olu had said that the reports of the panel could not be relied upon to conclude that the incident of the night was a massacre.