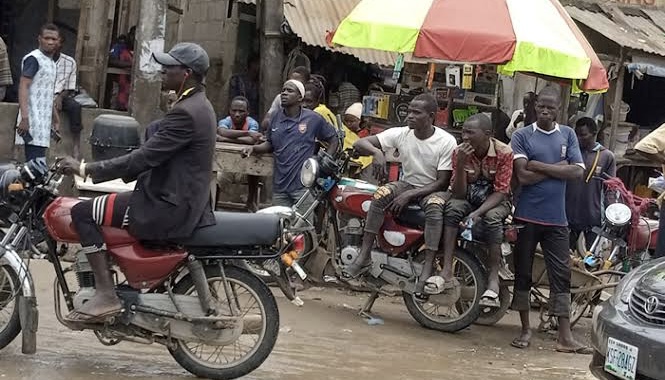 The Enugu government says it will soon begin to sanction motorcycle riders found within the state’s metropolis.

The permanent secretary, State Ministry of Transport, Ogbonna Idike, told journalists on Sunday that the law banning motorcycle riding within the metropolis was still in operation.

Mr Idike said the ministry would take decisive action against violators, as enshrined in the law banning motorcycle riding within the state capital.

“However, very soon, we will start arresting such riders and impounding their motorcycles indefinitely, as stipulated by the law,” he said.

The ban was aimed at stemming the security challenge posed by motorcycle operators and checking the growing build-up of traffic on most roads in the metropolis due to vehicular accidents caused by reckless and dangerous riding.

Mr Idike said the ministry had been monitoring the trend of sighting one or two motorcycles on the road in the metropolis and would soon stop it.

“We have observed the trend of spotting one or two motorcycles on the roads recently.

“The ministry conducted investigations and found out that it was usually the personnel of military and paramilitary agencies who recently flouted this age-long law banning motorcycles within the metropolis.

“The ministry has officially written to the various commands and formations of the military and paramilitary outfits within the state on the need for them to caution their personnel,” he said.

The law prescribes one year imprisonment, without an option of a fine, for violators.