Ethan Nwaneri became the youngest ever player to feature in a Premier League match at 15years and 181 days. 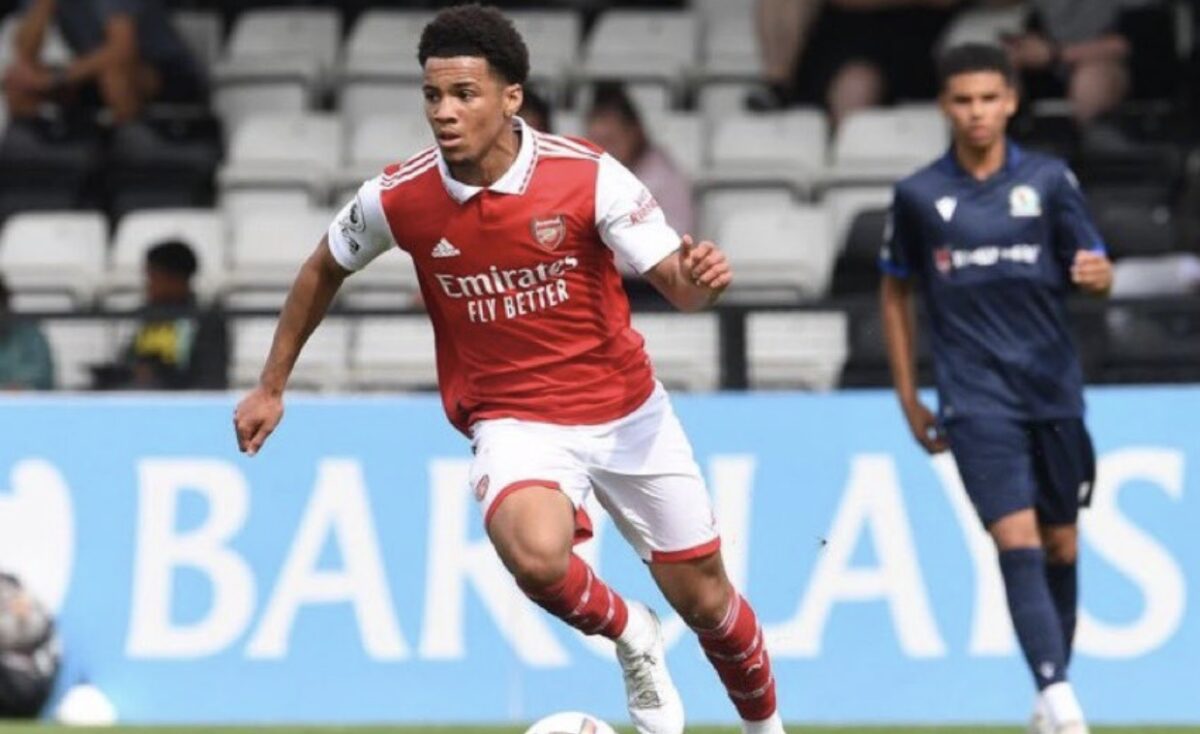 Ethan Nwaneri made history on Sunday as Arsenal hammered Brentford 3-0 in the English Premier League.

Visitors Arsenal got the game underway at the Gtech Community Stadium in the matchday seven encounter.

Williams Saliba headed the ball from a corner kick on the far bottom post as the ball made its way into the net to put Arsenal ahead in the 17th minute.

Moments later, Granit Xhaka chipped the ball over every Brentford player, Jesus Gabriel who was through on goal nodded in a powerful header to double The Gunners lead.

Brentford players made some threats in the Arsenal’s half in order to reduce the deficit but they were to no avail.

The halftime ended 2-0 in North London.

On resumption of the second half, Arsenal, determined to increase their lead in the match, picked it up from where they left it in the first 45 minutes.

Just four minutes later, Fábio Vieira in what was his first league start for the Gunners, curled a left-footed shot into the bottom right corner to make it three for Arsenal.

Brentford appealed for a penalty following Saka’s challenge on Ivan Toney but the referee turned a deaf ear.

Just a few metres outside the Arsenal’s box the hosts were awarded a free kick but Toney looped the ball over the goalpost.

The major highlight of the match came in the 92nd minute when Vieira made way for 15-year-old Ethan Chidebere Nwaneri for the schoolboy’s historic moment.

Nwaneri is of Nigerian parentage.

The future Super Eagles-eligible midfielder made history by becoming the youngest ever player to feature in a Premier League match breaking the record held by Liverpool midfielder Harvey Elliott.

In 2019, Elliott became the youngest player to feature in a Premier League match when he came on for Fulham in the 88th minute against Wolves at 16 years and 30 days but has now been surpassed by Nwaneri’s 15years and 181 days record.

Two minutes later, the referee blew the final whistle as Arsenal walked away with a massive 3-0 away win against Brentford that has been impressive this season.

The win takes the North London side back to winning ways following their last league defeat to Manchester United before the halt in activities.

Arsenal are now atop the Premier League again with 18 points out of possible 21 points, only just one point ahead of Manchester City.

Matches in the Premier League resume on Friday night after a week’s halt in tribute to Queen Elizabeth II who died last week at the age of 96.