Prime minister Abiy Ahmed believes the rebels have no chance against the country’s army. 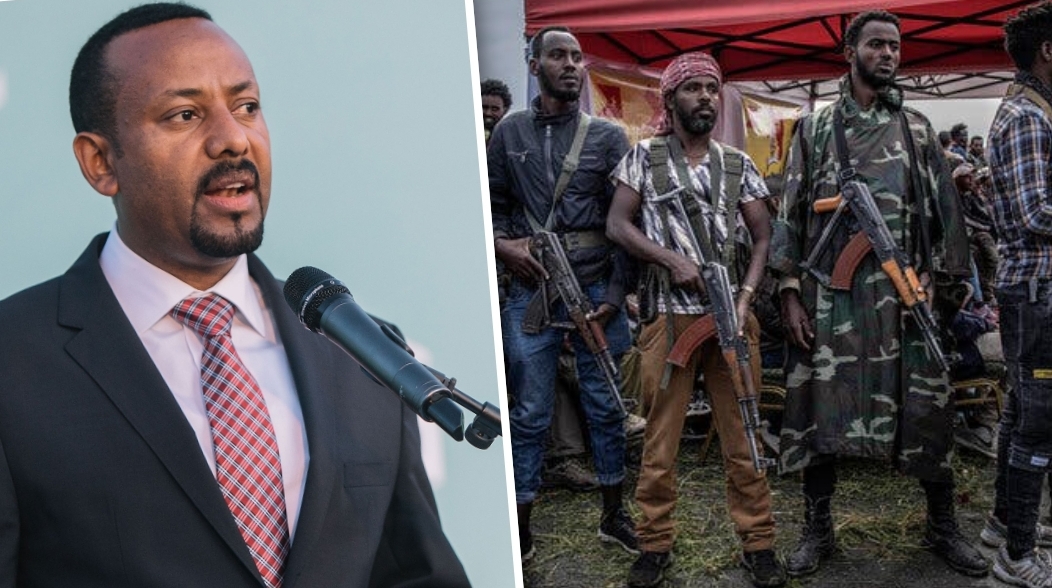 A composite of Tigray rebels and Abiy Ahmed

Ethiopian Prime Minister Abiy Ahmed has made an appearance on the frontline of the country’s armed struggle with the Tigray People’s Liberation Front (TPLF) on Friday, state television reported.

Dressed in full military fatigues, Mr Abiy commented that the army’s morale was high and that the enemy had no chance in a clip that was also widely shared on social media.

Nobel Peace Prize laureate Abiy on Wednesday handed over the day-to-day management of the government to a deputy to allow himself time to go and personally show his support for government troops on the frontline, a statement read.

The conflict between the central government and the TPLF, which began in Tigray about a year ago, had since spread to other parts of the multi-ethnic country.

Long considered an anchor of stability in a highly volatile region, Ethiopia is now faced with the possibility of all out civil war or even disintegration.

Alongside the Oromo Liberation Army, another rebel group, the TPLF is advancing on the nation’s capital Addis Ababa.

Attempts by the U.S. and the African Union to mediate had so far come to nothing.

Abiy has come in for heavy criticism for his actions in Tigray and has been accused of war crimes and of imposing a de facto blockade of the region.

The conflict has plunged the north of the country into a deep humanitarian crisis.