Italy is currently top of group A, with three goals and three points. 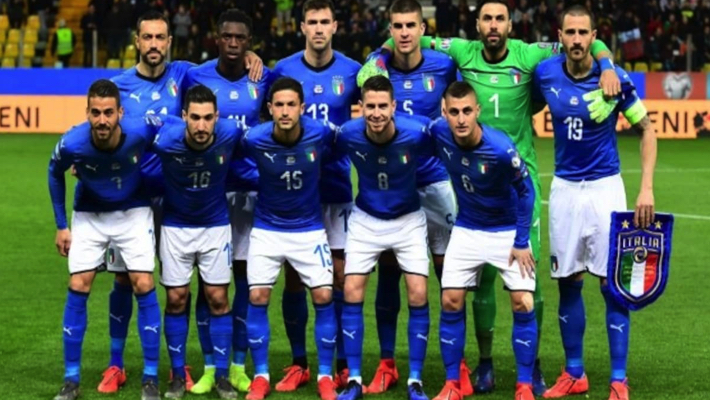 A Photo of the Italian Team used to illustrate the story[Photo credit:Firstpost]

Italy on Friday night put up an impressive performance to defeat Turkey 3-0 in the opening game of Euro2020.

Though Italy dominated the game in the first half, they had no goal to show for their efforts.

However, an own by Merih Demiral gave Italy the lead in the 53rd minute, opening the score sheet in this edition of the competition.

Ciro Immobile doubled Italy’s lead in the 66th minute with a super strike, while Lorenzo Insigne made it three for Italy.

Italy is currently top of group A, with three goals and three points, while Switzerland and Wales are yet to play their first game on Wednesday.

COVID-19 disruption across the the world delayed Euro2020, which ought to have held last year to this year. Over the next month, 51 fixtures will be played across 11 European cities.