Cahill took to his verified Facebook page on Wednesday afternoon to make the disclosure in an emotional statement. 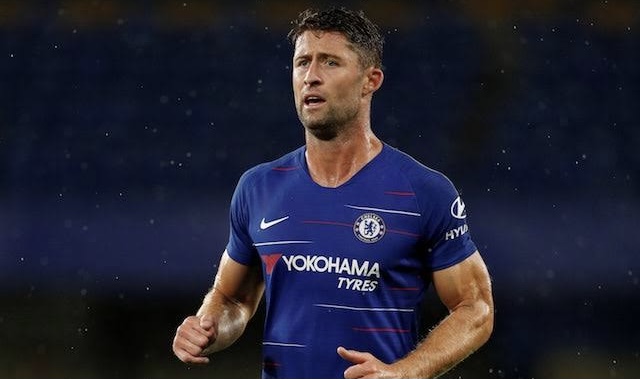 Former Chelsea captain Gary Cahill has announced his retirement from football at the age of 36, after twenty wonderful years in the game that gave him “much enjoyment and success”.

Cahill took to his verified Facebook page on Wednesday afternoon to make the disclosure in an emotional statement that also detailed his dream of becoming a football player and his achievements on the pitch.

“Football is a game that has given me so much enjoyment and success and as I make the decision to hang up my boots, I can honestly say I gave it everything I had,” part of the statement read.

He also thanked the friends he made while playing football, the fans that have always been there for him, peoples that have been part of the journey and most importantly his family that are always behind him since the beginning of his career.

“I’ve also made some fantastic friendships with people across the football world, from teammates, managers, and the unsung heroes behind the scenes, I just want to say a massive thank you.”

“A special thank you must go to my amazing family who have supported me and been there every step of the way. I now have the opportunity to spend some quality time with them which is something I’m looking forward to,” he said in the statement.

The former England international began his professional career at Aston Villa in 2004 and went on to play for several clubs in England including Burnley, Sheffield United and Bolton before joining Chelsea in 2012.

He also won the Football League Cup and the UEFA Champions League titles during his seven years stint at Stamford Bridge.

Between 2010 and 2018, the former Crystal Palace and Bournemouth defender earned 61 caps for the England national team, scoring five goals.