The ex-militants urged the government to come to their assistance and save their families from untold hardship since 2017 when they dropped their arms. 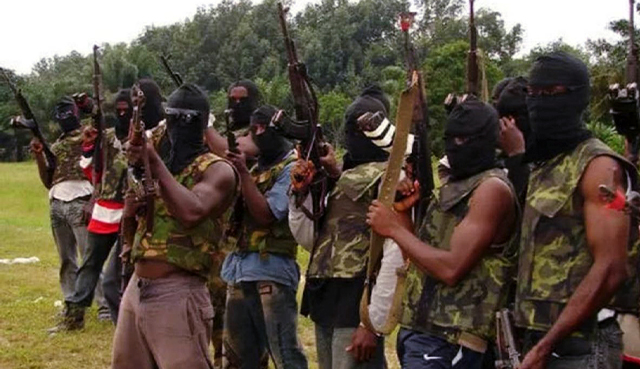 Some ex-militants in Ilaje Local Government area of Ondo State have threatened to go to court over unpaid benefits.

They alleged that their monthly allowances had not been paid for two years by the Presidential Committee on Amnesty Programme and threatened court action if the benefits were not paid within 30 days.

The former militants made the threat in a letter signed by their leader, Deji Ehinmowo, and addressed to the federal and Ondo State Governments.

They said that the camp was invited to the Presidential Amnesty Programme by a letter dated July 16, 2009.

“Building on the initial invitation to the Presidential Amnesty Programme, you will recall that the 204 persons, whose names are annexed, were under Deji Ehinmowo’s wing in the 2017 Presidential Programme conducted in Ondo State by the federal government.

“The exercise was jointly conducted with the Ondo State through the Amnesty Committee headed by the Deputy Governor of Ondo State, Agboola Ajayi, in collaboration with the Navy with other security agencies in attendance.

“As you are aware, the process of the Presidential Amnesty is a reflection in Nigeria of the United Nation’s prescribed process of the Disarmament, Demobilisation and Reintegration adopted by the Nigerian Government.

“However, we are saddened and disturbed by the fact that the demobilisation and reintegration phase of the programme which entails the repurchase of arms, vocational training, educational pursuits and monthly benefits for the disarmed youths have been abandoned after two years when the government engaged us.”

The former militants said they had banked on the promise of the government and had kept to all the terms of the Amnesty initiative.

“We strongly demand the full payment of our monthly benefits and arrears of same as well as the completion of other phases of the Programme.”

They said they had made several appeals in the past which had failed to yield the desired results.

The ex-militants urged the government to come to their assistance and save their families from untold hardship since 2017 when they dropped their arms and ammunition as directed by the government.

The group said it would seek a court order compelling all the parties to comply with other stages of the Amnesty programme and payment of their monthly benefits if the government failed to pay their benefits within 30 days of their letter.