The disgruntled spy chiefs lamented that the dreams of reaching the top in the NIA have been shattered by the president’s demonstration of tribalism and religious bias. 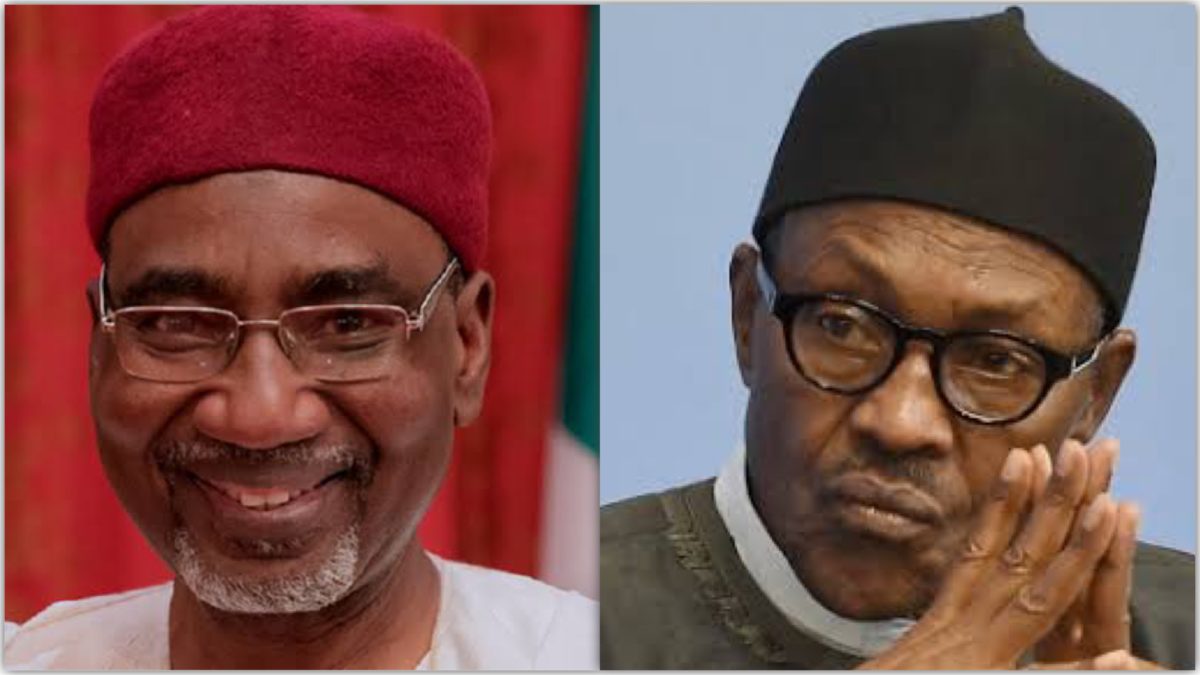 The Nigerian Intelligence Agency (NIA) has been witnessing high level of corruption and tribalism under President Muhammadu Buhari’s regime, top spy chiefs have lamented in a corporate document seen by Peoples Gazette.

The spy chiefs who registered their disaffection in a December 16 secret memo directed at Mr Buhari, asked the president to respect seniority and hierarchy in appointment into key positions.

The disgruntled spy chiefs lamented that the dreams of reaching the top have been shattered by the president’s demonstration of tribalism and religious bias in appointing staff members into key positions in the NIA.

“But we here at the NIA, are seeing these hopes dashed every day due to high-handedness, maladministration, repressive governance, segregation, and extreme impunity. It looks like in the Dolphin House, there is no regulatory body like other MDAs. Apparently, it is winner takes all here,” the memo partly read.

The NIA, led by Ahmed Abubakar, is responsible for foreign intelligence and counterintelligence.

Since the assumption of office in 2015, critics say Mr Buhari has given preference to the Fulanis in the military and other security agencies over qualified persons from other ethnic groups across the country.

Over the years, top politicians, rights bodies, and socio-cultural organisations have condemned Mr Buhari’s disregard for the Federal Character policy in the recruitment into security agencies.

Critics of his administration had faulted him over the appointment of Mr Abubakar as the NIA boss on January 10, 2018, stating that the appointment was based on favouritism and not merit.

One of the critics, APC senator Isa Misau, accused Mr Buhari of appointing incompetent people into his cabinet, arguing that Mr Abubakar who was a former Senior Special Assistant to the President on Foreign Affairs/International Relations was unqualified for the spy agency position.

“So many incompetent people are holding so many positions. Fifty per cent of the ministers are not performing. Since the president assumed office he has not taken any decision to move this country. So many appointments in this government are not on merit,” the Bauchi senator had said.

The presidency had defended the appointment in a statement, arguing that “the President appointed the new DG because he had worked closely with him in the past two years, and sincerely believes that he would add value to the NIA.”

Also, Mr Buhari has been berated over the manner in which he handles issues of national interest, which is contrary to his oath of “belonging to everybody” and “belonging to nobody”.

Earlier this year, a document showing the hierarchy of officers and seen by The Gazette, indicated that Mr Buhari sidelined senior officers from the southern region in the appointment of Farouk Yahaya as Chief of Army Staff.

Although the defence minister, Bashir Magashi, defended the president, saying he looked beyond religion and ethnicity in appointing Mr Yahaya, a native of Sokoto, the document titled “Seniority Roll NA Officers 2021 (Revised) – Regular Combatant” indicated that over ten senior officers from the southern region were ignored, as Mr Buhari appointed the new army chief.

The spokesperson for the president, Femi Adesina, declined The Gazette’s request seeking comments on the allegations against the regime.