Explainer: Does the Lagos #EndSARS panel have powers to probe the army?

Friction between the panel and the army has brought forward questions about the panel’s powers and the likely outcome of this probe. 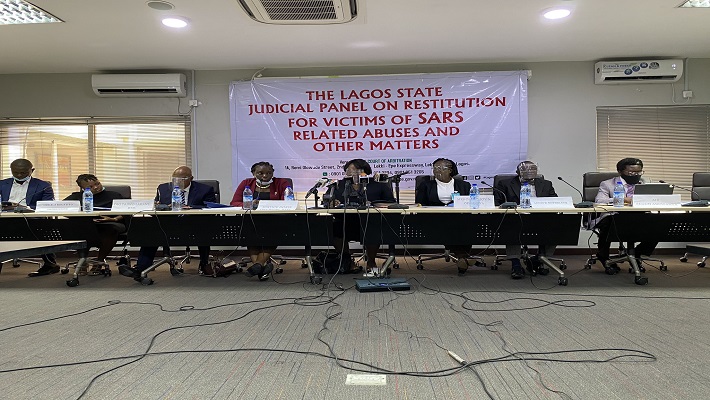 The Lagos panel of inquiry on #EndSARS. [CREDIT: Bella Naija]

The Lagos panel of inquiry on #EndSARS saw some friction this month when its members went to a military facility and were blocked from entering – on live TV. The army said it would answer to the state government, not the panel.

The army has now agreed to testify before the panel, but the friction has brought forward questions about the powers of the panel, the scope of its probe, what happens if the army or other subjects are uncooperative, and finally what happens after the panel concludes its investigation.

This explainer addresses those questions.

What is this Lagos panel and what powers does it have?

The Lagos panel was formed by the state governor Babajide Sanwo-Olu and it is made up of eight persons, led by a retired judge. The others include a retired policeman, two #EndSARS organisers, a human rights lawyer and representatives from the National Human Rights Commission (a federal agency).

The governor formed this panel using the state’s Tribunals of Inquiry Law, which gives the panel the powers to summon anyone to its hearings and get anyone to submit evidence to the panel. Anyone can be summoned or told by this panel to produce evidence, even if they are federal agents such as the army.

Why is the panel probing the October 20 crackdown?

Although the panel was formed before the crackdown, Mr. Sanwo-Olu committed to investigating the incident and so the Lagos government added a probe of the crackdown to the panel’s mandate.

The panel is probing the crackdown because it relates to the #EndSARS campaign, because of its harrowing impact and because it happened in Lagos.

Who else is probing the October 20 crackdown? If none, why?

An International Criminal Court (ICC) prosecutor, Fatou Bensouda, said this week that the court is looking into the shootings in Lagos to see if there is enough evidence to begin an investigation based on the Rome Statute, which is a treaty by which ICC prosecutes genocide, crimes against humanity, war crimes and the crime of aggression.

At home, President Buhari has not directly taken responsibility for the army crackdown as commander-in-chief or established an investigation into the shootings. Members of his administration have also tiptoed around the issue. This week cabinet ministers from the southwest urged the government to begin a probe into the army’s role, while justice minister Abubakar Malami did not even acknowledge that soldiers shot protesters.

That leaves this Lagos panel as the only government body actively investigating the October 20 crackdown.

What if the army or others do not cooperate with the Lagos panel?

The panel could rule for contempt if it determines that the army or another subject of this probe is uncooperative.  Sections 11 and 12 of the Tribunal of Inquiry Law could be applied in that case.

Contempt refers to an act of disrespect or disobedience to a court or a similar judicial body.

Those sections in the tribunal law say the Lagos panel can fine the defiant offender and have them prosecuted in a court, where they could be sentenced to up to three years of imprisonment.

However, proving contempt may be difficult for the panel or it may not be willing to rule for contempt due to political or legal constraints. The panel would have to claim that the subject threatened, insulted or disrespected the panel.

In 2016 the Kaduna state government established a similar panel of inquiry after the army killed members of the Islamic Movement of Nigeria (IMN) in a clampdown. The army attended hearings and appeared respectful, but it gave limited information when the panel wanted to see some evidence. When the panel asked a military doctor about bodies brought to his facility, he said he did not record the details.

The Kaduna panel wrote about its inquiry, “The officers of the Nigerian army who testified before the Commission were not forthcoming in providing full disclosure on the number of the dead, wounded and missing persons.”

The panel found that the army used disproportionate force and killed 349 IMN members. It consequently recommended the prosecution of the complicit soldiers in a civil court. It appears that no soldier has been prosecuted.

The Lagos panel seems set up to conclude its own probe on a similar note. Evidenced by Mr. Buhari’s aloofness and the tip-toeing in Abuja, there is insubstantial political commitment to justice and transparency for the October 20 crackdown. The Lagos governor lacks the political muscle to pursue his panel’s recommendations, and federal authorities do not have a history of law enforcement where they are culpable. 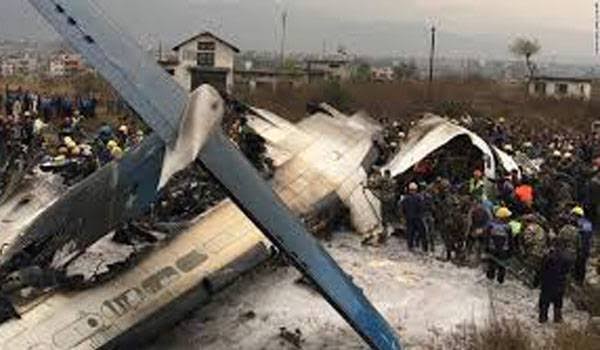