Enyimba announced Finidi’s appointment via their website on Wednesday. 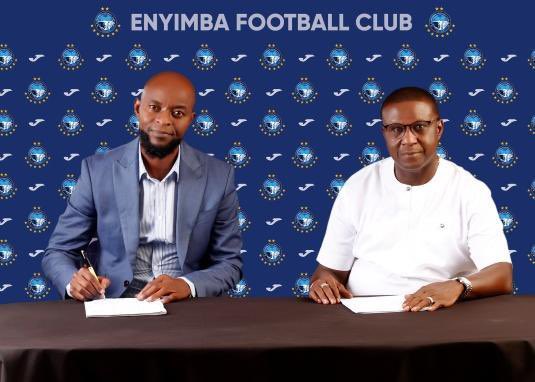 Finidi, a member of the Super Eagles squad that won the Africa Cup of Nations in 1994, will take over from “Fatai Osho whose contract expired at the end of August,” the Aba-based football club announced in a statement on their website on Wednesday

The former Ajax and Real Betis winger signed a two year contract with Enyimba and would lead the club in “the CAF Confederation Cup second preliminary round fixture against Senegalese side Diambers FC in mid-October.”

During his career, Finidi made 62 appearances for the Super Eagles, playing in the 1994 and 1998 FIFA World Cups for Nigeria.

Finidi won the UEFA Champions League with Ajax in 1995. He Played for Spanish sides Real Betis and RCD Mallorca, before retuning to English side Ipswich Town.