Mr Joseph, who was paraded before reporters by the Ondo police command, said he regretted committing the crime against his wife and the children. 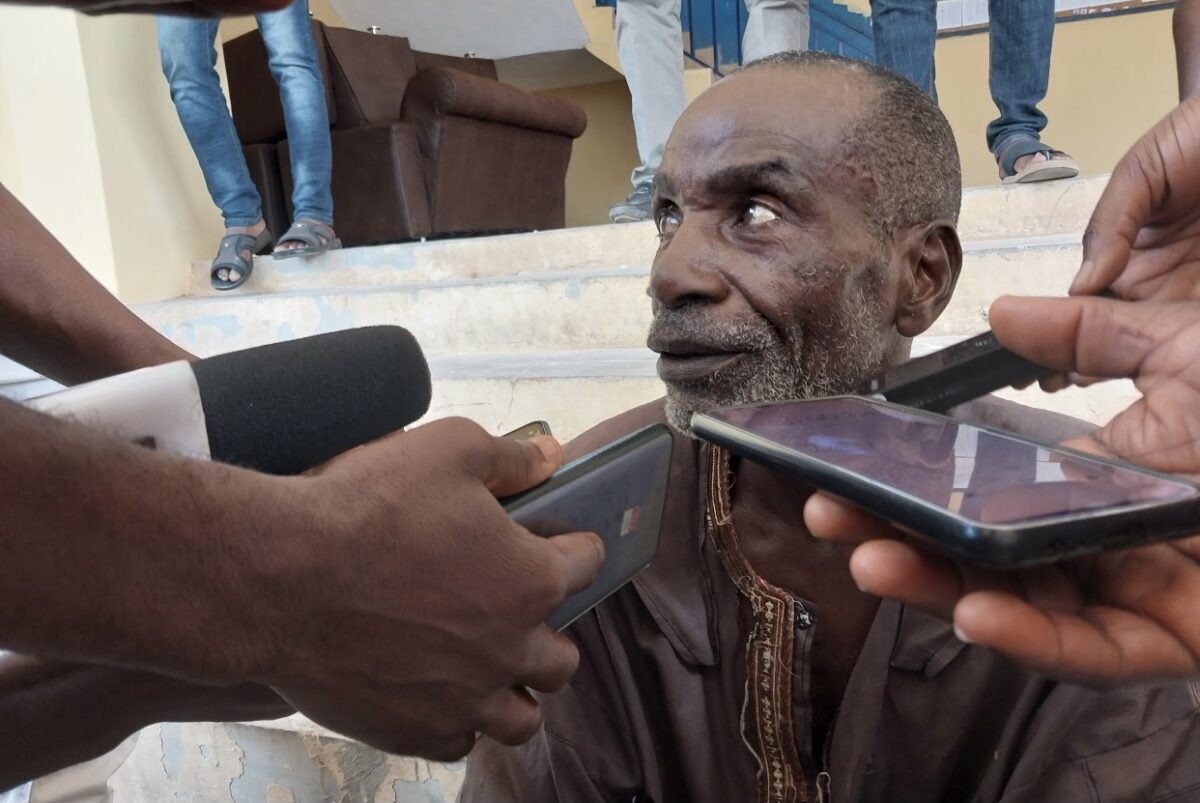 Ojo Joseph, the sexagenarian who set ablaze five children belonging to his wife in Ondo has attributed his action to a ‘family spell’.

Mr Joseph, who was paraded before reporters by the Ondo police command, said he regretted committing the crime against his wife and the children.

“I blamed my action on a spell. It wasn’t intentional but I realised my mistake. I regretted what I did to my wife,” he told journalists in Akure while being interviewed.

The 64-year-old suspect, who is a timber merchant, was at the weekend, arrested and detained at the police headquarters in Akure, after he allegedly set ablaze his five stepchildren.

The suspect was accused of pouring petrol inside the room occupying the children and immediately lighted them up.

Explaining the reasons behind his barbaric act, Mr Ojo said he had been having long running issues with her wife since they started living together as a couple.

He accused his wife, Esther, of not taking adequate care of him despite performing his duty as the head of the family.

“My wife doesn’t give me food and anytime I complain she won’t listen. There are times that she and her children would join hands together to beat me up,” the suspect alleged.

Mr Joseph also alleged that the wife did not initially disclosed that she had five children.

“Although she had a set of twins for me but told me but before she parked into my house, she told me she had two children and I decided to let her stay with me.

“Later, she told me she had another three children who are staying with her mother making five of them. I had no choice but to allow her but since then, she had been giving me issues with her children,” Mr Joseph said.

Funmilayo Odunlami, police spokesperson in Ondo, who paraded the suspect, said that detectives would continue their investigation to gather more evidence and facts on the crime.

Ms Odunlami said the children were taken to the Federal Medical Centre in Owo with their mother where they were receiving treatment for burns.

She noted that three of the children identified as Tayo, Aanu and Tope who were among the five, set ablaze by the suspect have died.

“These three children died as a result of severe burns but the remaining two are still in the hospital with their mother receiving treatment,” she noted.

According to her, the police are already working on the case file of the suspect who would be charged to court for murder and arson.

Earlier, the woman had accused her husband of “serial abuse” noting that family members had on several occasions assisted them in ironing out issues.