Femi Fani-Kayode has finally joined the ruling APC, after months of speculation and denial. 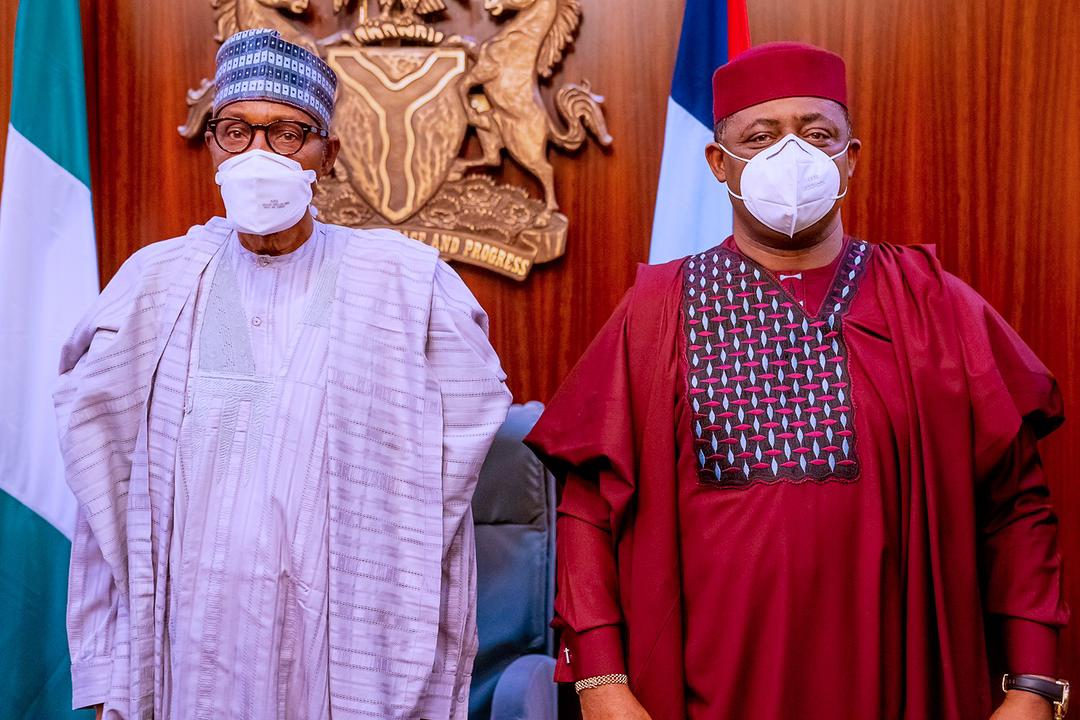 Femi Fani-Kayode, a former aviation minister, has joined the ruling APC, ending months of speculation around his rapport with the ruling party.

Mr Fani-Kayode dumped the PDP shortly after meeting with President Muhammadu Buhari at the State House, Abuja, on Thursday, during which both posed for a photograph that has now circulated online.

The former aviation minister was presented to Mr Buhari by the party’s caretaker chairman and Yobe governor, Mai Mala Buni.

Mr Fani-Kayode said he played a vital role in the defection of three PDP governors from the opposition party to APC.

The former minister alleged that he was divinely directed to dump the main opposition party for APC to help foster national unity.

In June, Zamfara Governor Bello Matawalle became the third governor from the PDP to cross over to the APC within the last two years.

In May, Cross River Governor Ben Ayade left the PDP to join APC, saying his decision was base on the interest of his people. He was elected senator under the PDP and won two terms as governor as a member of the same party.

Weeks ahead of Mr Ayade’s decision, another long-time PDP member Governor Dave Umahi of Ebonyi left the party for the ruling APC, alleging maltreatment of the South-East region and an unwillingness to hand the presidency ticket to the zone.

The Gazette in February reported Kogi Governor Yahaya Bello said Mr Fani-Kayode was on his way to the APC, a statement the politician dismissed as mere political discussion at the time.