The Chief Justice of Nigeria (CJN), Ibrahim Tanko Muhammad, on Wednesday conferred the rank of Senior Advocate of Nigeria (SAN) on 72 lawyers. 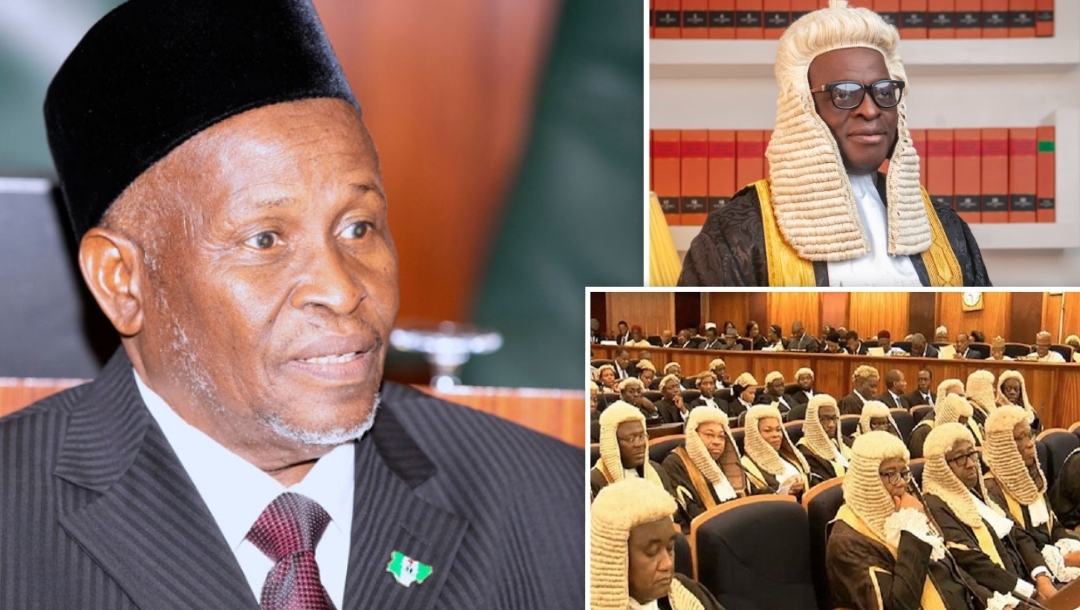 The Chief Justice of Nigeria (CJN), Ibrahim Tanko Muhammad, on Wednesday conferred the rank of Senior Advocate of Nigeria (SAN) on 72  lawyers at the Supreme court in Abuja.

Attorney-General and Commissioner for Justice of Ekiti State, Olawale Fapohunda, and human rights lawyer, Yinka Kotoye, were among the seventy-two lawyers conferred with the SAN rank on Wednesday.

The rank which is highly coveted in the legal profession is conferred by Legal Practitioners privileges Committee (LPPC) on lawyers who have been found worthy in character and practice.

Speaking at the swearing-in ceremony which ushers in the 2021/2022 legal year, CJN remarked that the country was able to scale through the outgone legal year despite facing many challenges.

“The Supreme Court; and by extension, the Nigerian Judiciary, has fared well in the outgone legal year even though the horizon was literally roughened by overwhelming challenges.

“As this new legal year unfolds, we will like to assure you that we are determined to work assiduously to evolve a judiciary that will remarkably be the pride of Nigerians, home and abroad.

Speaking on the unlawful invasion of Justice Mary Odili’s residence in October, Mr Tanko warned that “the silence of the judiciary should never be mistaken for stupidity or weakness. “By nature of our work, we are conservative but not conquered species and should not be pushed further than this by any individual, institutions or agencies of the government,” the CJN warned.

Attorney-General of the Federation (AGF) and Minister of Justice, Abubakar Malami who was at the swearing-in ceremony commended the efforts of the Judiciary in complementing other arms of government despite setbacks caused by insecurity, COVID-19 and unstable economy.

He also commended the LPPC for a job well done in screening and conferring the SAN rank on deserving lawyers.

“I want to state categorically that the LPPC have done a good job by putting forward deserving and qualifying lawyers, saying they must ensure that due process is followed in subsequent selection,” said Mr Malami.