Boko Haram and bandits have now banded together and have a wider sphere of operation than they ever did before Buhari came to power. 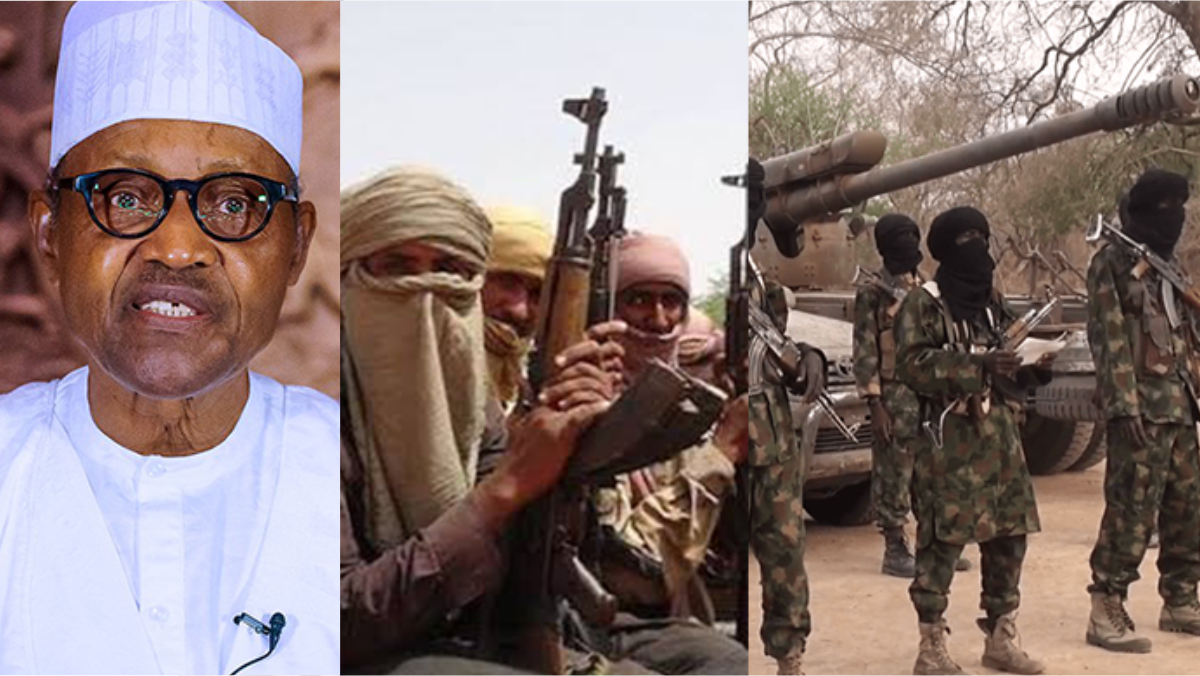 This week’s notes are from Atlanta because I am on summer vacation with my family until the end of the weekend. Although I have, for the most part, unplugged, and only casually surveil social media for a few minutes to get a sense of what’s happening in the world, news of the July 5 terrorist attack on Kuje Prison in Abuja hit me and interfered with my self-imposed moratorium on scanning political news.

The attack worries me because I think it represents a worse omen than most people realise. In many ways, it symbolises the crystallisation of the merger between Boko Haram and “bandit”s that many people, including the Sultan of Sokoto, had feared, as I’ll show later.

Although the dominant faction of Boko Haram now known as ISWAP ( or the Islamic State’s West Africa Province) has claimed responsibility for the attack (and showed video proof of this), a July 6 report by Foundation for Investigative Journalism revealed that the attackers “preached in Ebira, [Fulfulde] and Hausa.”

The video that ISWAP released also contains a medley of northern Nigerian accents. Since Boko Haram used to be mostly identified with the Kanuri people of Borno and Yobe states and nihilistic banditry with the Fulani, the Kuje attack signals a dangerously seamless merger of Boko Haram, bandits and other extremist elements. This may be the beginning of the Afghanistanisation of Northern Nigeria.

People used to wonder if “bandits”— or what the news media call “Fulani herdsmen” when they inflict terror in non-Muslim parts of Nigeria— are actually Boko Haram elements who have transmuted into a different identity.

This thinking was fueled by the incidences of the abduction of school children in the North by so-called bandits. That’s Boko Haram’s signature mode of operation. Although “bandits” used abducted children as a bargaining chip in negotiations for ransom, the abductions also have a chilling effect on the enrollment of northern Nigerian children in Western schools, which is Boko Haram’s ultimate goal.

In a think piece I wrote for a European human rights organisation in 2021, I’d argued that Boko Haram and “bandits”—or “Fulani herdsmen”— are different people.

“Most Boko Haram members come from the Kanuri ethnic group. The Kanuri and the Fulani are not only completely different people, but they are also—or used to be— ‘historical enemies,’ or what Frederick Lugard called ‘hereditary rivals’,” I wrote.

Kanuris resisted Sheikh Usman Dan Fodio’s 19th-century Jihad that sought to reform Islam where it already existed. The Kanuri people have been Muslims since the 9th century, that is, about one thousand two hundred years ago, making them one of the earliest people in Africa to embrace Islam.  At the time of the jihad, their society had been Muslim for about one thousand years. They had no use for Dan Fodio’s “reform.”

The tensile stress that the Kanem-Borno Empire’s repudiation of Dan Fodio’s jihad actuated has been somewhat resolved through a ritualized joking relationship between the Kanuri and the Fulani: they now call each other “slaves” in lighthearted jest.

But although Muslim northern Nigeria is emerging as an ethnogenesis, i.e., a new ethnic identity forged from a mishmash of multiple identities but glued by Islam, Kanuri people still take pride in having a political identity that is independent of the Fulani-inflected caliphate in Northern Nigeria.

I didn’t think there would be a basis for Boko Haram and “bandits” to find a common ground and coalesce. But there’s emerging evidence that that is now happening.

The attack on Kuje prison adds to the frighteningly mounting evidence that Boko Haram is succeeding in enlisting the support of “bandits” to spread terror, weaken or extirpate Western education, and ultimately take over northern Nigeria and impose their understanding of Muslim theocracy on the people.

The Sultan of Sokoto, a descendant of Usman Dan Fodio, was the first to call attention to the probable fusion of Boko Haram and “bandits” in the aftermath of two mass abductions of schoolchildren in Katsina and Niger states by “bandits” last year.

“Make no mistake: the abduction is a classic example of the philosophical foundation of Boko Haram— that western education is forbidden,” the Guardian of February 20, 2021, quoted the Sultan as saying. “That’s why their targets are always on boarding schools, especially science schools, considered atheistic in pedagogy.”

There is a massive trove of anecdotal evidence that “bandits” are not religious. The motivation for their banditry is clearly mostly pecuniary and other times just plain nihilistic vengeance, but they are amenable to persuasion by Boko Haram to seek “divine reward” for their violence.

Now, the evidence before us appears to indicate that Boko Haram’s ideologically situated violence is finding common grounds with “bandits’” nihilistic and mercenary violence. This doesn’t bode well for Nigeria.

This is particularly troubling because Buhari and his security chiefs who should be worried by this, who have the instruments of legal violence, don’t care because they think it doesn’t affect them directly.

The clearest indication that they don’t care is evident in the fact that no one, as usual, has lost their job over this embarrassing failure of elementary security.

Buhari, who is supposed to be commander-in-chief of the armed forces and chief security officer of the country, merely expressed his standard, obligatory, and predictable shock, sadness, and disappointment; caused his media aides to post a clueless tweet that wondered “How terrorists [can] organise, have weapons, attack a security installation and get away with it?”; and then fled the country a mere 23 hours later.

This sort of blithe, laissez-faire attitude to security has been the trademark of the Buhari regime since 2015. Even the lull in Boko Haram’s murderous fury between 2016 and 2018 for which the regime and its apologists took credit was just a flash in the pan. It had no connection with what the regime did.

I called attention to this in my February 24, 2018, column titled “Bursting the Myth of Buhari’s Boko Haram ‘Success’.” I gave reasons for the weakening of Boko Haram terrorism and pointed out that the government had nothing to do with it.

“Boko Haram has been weakened by an enervatingly bitter and sanguinary internal schism. Since at least September 2016, the Abubakar Shekau and Abu Musab al-Barnawi factions of Boko Haram have killed each other more than the military has killed them,” I wrote.

This got the hackles of many Buhari apologists up, which caused them to launch personal attacks on me. Well, months later, Boko Haram resumed its attacks on the usual targets. Then the narrative changed. The government and its defenders said unlike in the past, Boko Haram’s mass murders were now limited to the Northeast and that they were mostly only on “soft targets,” which is a euphemism for poor, everyday folks.

Well, Boko Haram and bandits have now banded together and have a wider sphere of operation than they ever did before Buhari came to power. They now operate not just in the northeast, the northwest and the northcentral, they now carry out operations in the heart of Abuja unchallenged—like during Goodluck Jonathan’s time.

They have murdered hundreds of soldiers in Borno and Yobe and even attacked and abducted military officers at the Nigerian Defence Academy in Kaduna in August 2021. As Senator Shehu Sani said on Twitter, “THE Attacks on military formations, Police Stations, Prisons, Election commission offices are attacks on symbols, institutions and pillars of the state. They are not soft targets. The nation is at war with multiple of organised guerrilla terror groups aiming at power. WE NEED A LEADER!”

Even Buhari’s own convoy was ambushed and attacked by “bandits” in his home state of Katsina a few days ago, which led to the loss of at least two lives and severe injuries to several others. Yet no one has been arrested, and no one has lost his job. In fact, the Daily Trust of July 7 reported that “security agents in the convoy did not exchange fire with the terrorists; hence the assailants escaped unhurt.”

But an air force fighter jet later “mistakenly” dropped a bomb on poor villagers while looking for the “bandits” that Buhari’s security operatives refused to exchange fire with.

At this rate, “Boko bandits” can attack and overrun the Presidential Villa with little or no resistance. Maybe that is when Buhari will care. I hope it won’t be late by then.