My ideal Nigerian president in 2023

The next president should be someone who will not only bring back the bar but who will raise it. 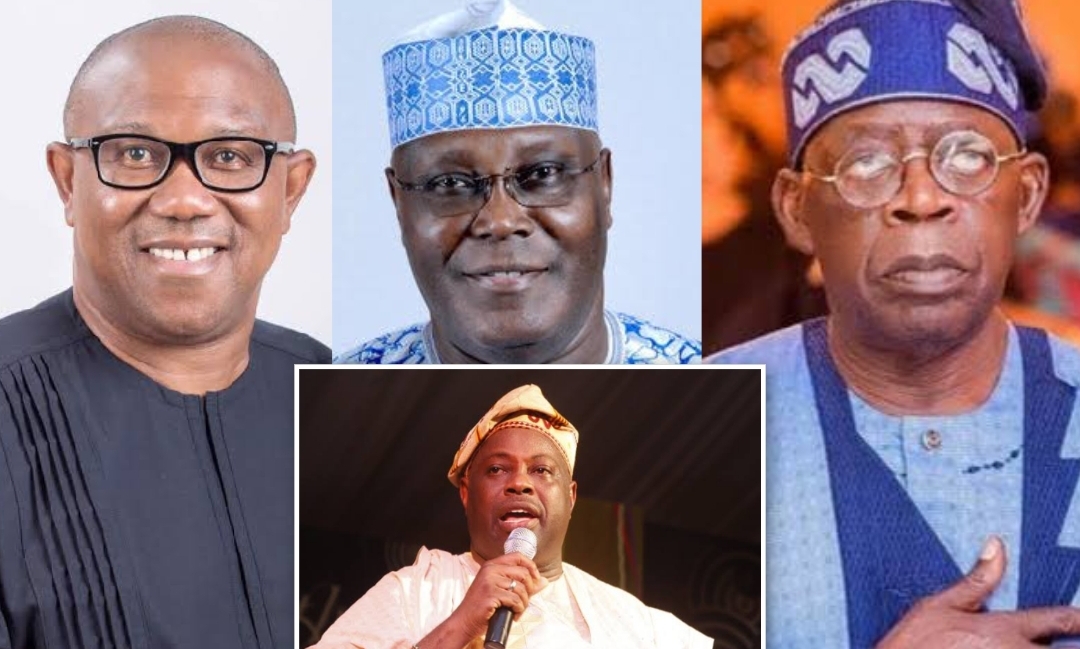 One, I am not important or influential enough for my endorsement to be of any consequence. I am just a common, private, diasporic individual with a limited platform who has never held an appointive or elective political office and who can’t legitimately be considered as belonging to Nigeria’s cultural or intellectual elites. It would be presumptuous for me to think I can influence anyone’s political choices.

Two, as a communication scholar, I know enough to know that persuasion is a complex process, which defies the easy, simplistic, social-syringe effect people tend to think it entails. Persuasion scholarship teaches us that human attitudes toward persuasive messages often fall under one of three latitudes: latitude of acceptance, latitude of rejection, and latitude of noncommitment.

Research has shown that when people judge a new message to be within their latitude of acceptance (such as persuading them to vote for a candidate who comes from their region or religion and who has no obvious political or moral baggage) they’re more apt to accept it.

But if the message is within their latitude of rejection (such as persuading them to vote for someone from a different religion and region who is also a religious, regional, and ethnic bigot that deploys divisive rhetorical tools to galvanise support among his primordial constituents), they are impossible to persuade.

Attempts to persuade them often leads to what social judgment theorists call the boomerang effect, which occurs when individuals are driven away from, rather than drawn to, the positions that their persuaders want them to occupy.

The only set of people who are easily persuadable are people who fall within the persuasional latitude of noncommitment. That is, they have no firm, distinct opinions about candidates, which makes such candidates more or less clean political slates on whom people inscribe whatever they want. Only candidates who have a slim political history and who don’t evoke negative emotions in others get the benefit of this latitude.

In other words, persuasion is often a frustratingly slow, gradual process consisting of small changes at a time. I don’t have the patience for that.

Three, as I told Azubuike “Azu” Ishiekwene in a 2019 interview I had with him, I am almost by instinct wary of everyone in power. Lincoln Steffens, an American journalist, once said, “Power is what men seek, and any group that gets it will abuse it. It is the same story.”

My job is to hold people in power to account. I won’t endorse anyone that I would most certainly clash with as soon as they get on the saddle of the presidency. When that happens, they would say it’s because they didn’t give me a political appointment after my endorsement—or that they offered me one which I rejected because it isn’t “juicy” enough.

I am content being a critical onlooker of people in power. Nonetheless, I have six broad outlines of the kinds of qualities I want to see in a post-Buhari Nigerian president.

One, given the damage that Muhammadu Buhari has done to the fragile threads that hold Nigeria together, the next president must not be another ethno-religious bigot.

Buhari’s politics of exclusion triggered the emergence and popularisation of IPOB in the Southeast. If we make another mistake of electing a Southern equivalent of Buhari, there’s no question that there will emerge a northern iteration of IPOB.

We should steer clear of candidates who derive the political basis of their legitimacy by appeals to religion, who see the rest of the country as an enlarged church or mosque, who see their political rise as the fulfillment of the prophecy of some simple-minded religious charlatan, who are so culturally insular that they don’t understand, much less respect, the basic traditions of others, and who are invested in using the symbolic resources of state power to advance sectarian supremacy.

The next president should be someone who will not only bring back the bar but who will raise it. That means their cabinet should be ready before inauguration. Boards of government agencies must be filled in the first few months of being in power. The revitalisation of our universities should be a top priority. The process for an honest and transparent review of the constitution and of the basis of our union should be started immediately. And so on.

Three, the next president should have youth on his or her side. I know this sounds ageist, but the truth is that Nigeria can’t afford another behind-the-times, continually hospital-bound, geriatric president. In the absence of strong institutions, transitional democracies like Nigeria need ideas-driven, forward-thinking, energetic, transaction-oriented leaders to build institutions and to inspire the next generation of leaders. That means the next president shouldn’t be older than 65 years.

It’s fine to be thin-skinned and hypersensitive to criticism, but public office has no place for such people. A president who would terrorise critical voices with the threats of frivolous, meritless lawsuits for pointing out his or her malfeasance would kill our democracy. At least one of the aspirants from a major political party has on more than one occasion threatened to sue everyone who pointed out his putrid corruption.

When absolutist, monocratic military regimes reigned in Nigeria, critical newspapers and magazines used to be seized and burned on a whim— and without recourse to the law— just because they wrote stories that people in power didn’t like. The digital equivalent of seizing and burning “unfriendly” newspapers has quietly returned under Buhari.

It is being led by the National Communication Commission under the direction of the Ministry of Communications and Digital Economy. The most prominent victim of this digital newspaper burning is the Peoples Gazette, a digital-native newspaper headquartered in Abuja, which has written stories that afflicted the comfortable in Nigeria. The newspaper’s URL has been banned by all Nigeria’s telecommunications companies.

The next president must be one who understands the place of dissent and a critical media formation in a democracy.

Five, given our inexorable embeddedness in the matrix of global politics, the next president must demonstrate sufficient understanding of the dynamics of global geopolitics.

Finally, because no president should be a know-it-all, he or she should have the capacity to recognise and recruit talents from every part of Nigeria, not just their cultural or geographic backyard. The transformation of the country can’t come from the president alone.

Fortunately, Nigeria is blessed with enormous, if unused, human capital. It takes skill to recognise the people we need to march to the future. I hope Nigeria will get it right in 2023.