The weddings of the scions of the upper crust of the northern society are becoming increasingly indistinguishable from southern weddings. 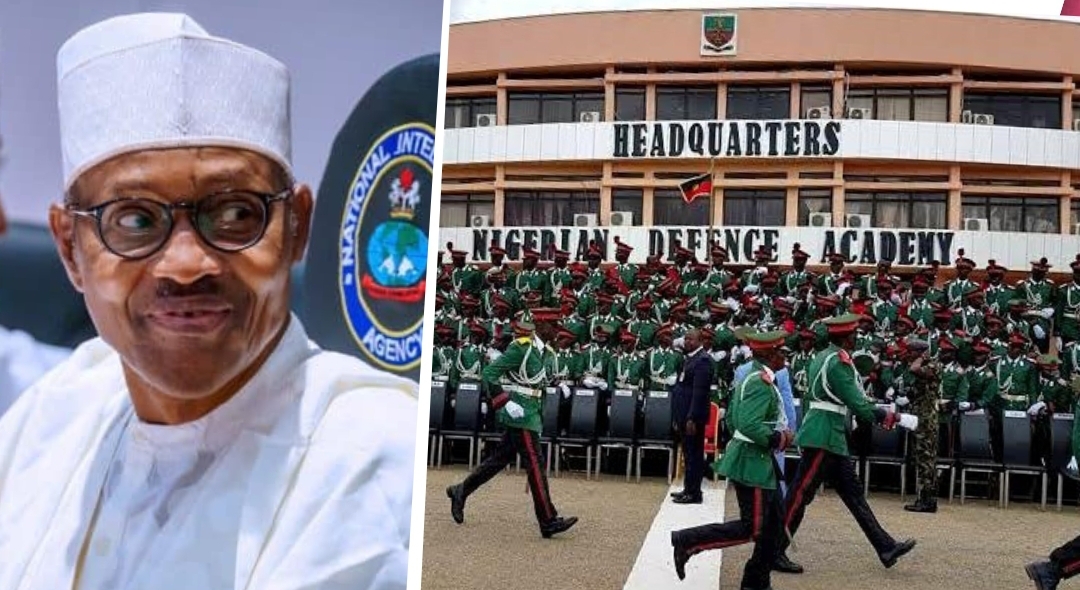 The attack on and abduction of military officers at the Nigerian Defense Academy (NDA) are at once unprecedented, humiliating, and dispiriting, but they are not in the least shocking because they merely represent a predictable pattern of Nigeria’s tragically progressive declination into the low-water marks of extreme precariousness in the last six years.

I perfectly understand the mass sensation of powerlessness and hopelessness that a vast number of Nigerians feel about the attack. For one, it dramatises the impotence of the military in the face of domestic nihilistic and terroristic violence.

For another, it removes any ounce of illusion that Nigeria’s premier military university is training a corps of officers to defend the nation.

An institution that is putatively equipped to fight and contain external aggression but which failed to repel an abduction of its members by domestic terrorists on its own premises can’t protect the nation. It’s like bearding the lion in his den and living to tell the story.

That’s not a lion to dread and trust to protect the animal kingdom. That not even one kidnapper was shot and demobilised throughout their operation is indicative of the emasculation of not just the military but the whole country.

People who say the next stop for the terrorists is to invade Aso Rock fail to realise that Aso Rock has already been breached, making its non-invasion by terrorists only a question of choice, perhaps because the chief occupant of the Villa isn’t distinguishable from them.

Apart from Aisha Buhari’s claim that she’d relocated to the United Arab Emirates because of “insecurity” in the Presidential Villa, on May 10, the Peoples Gazette reported that “armed men” had “invaded” the Aso Rock residences of Ibrahim Gambari, Buhari’s Chief of Staff, and Abdullahi Maikano, an Aso Villa admin officer, and made away with “valuable assets.”

The presidency all but confirmed the authenticity of the story (after one of its officials initially predictably called it “fake news”) but spiced it up with the mandatory official falsehood statements from the government must have by insisting that the breach was only a “foolish attempt” at burglary.

In Nigeria’s more than 60 years of existence, there had never been any record of a “foolish attempt” at burglarising the residences of key government officials in the Presidential Villa.

In my May 15, 2021 comments in the aftermath of this incident, I wrote: “If even the most fortified place in the country isn’t secure enough for Buhari’s wife to stay in—and his Chief of Staff is vulnerable to armed raids in it—where’s safe?

So, the invasion of the Nigerian Defense Academy is only an outgrowth of much worse security breaches in the very seat of power—and elsewhere. Even the characteristically restrained Sultan of Sokoto has said that abductions and murders of people are grossly underreported by the media. Most people know this, but it takes courage for a traditional ruler like the Sultan to voice it openly.

Of the primary duties of governments all over the world, the most fundamental, the most sacred, is the obligation to protect and preserve life and property. That was why Thomas Jefferson once said, “The care of human life and happiness, and not their destruction, is the first and only object of good government.”

This regime has spectacularly failed in “the first and only object of” its existence and has lost the moral, and even legal, justification to continue. Any government that fails to protect life and property has no reason to exist, and opposing it is a moral imperative.

After every elite wedding in Hausaphone Muslim Northern Nigeria, social media chatter always obsesses over how the conduct of the weddings negate the ethos of Sharia and how the anti-poor, hypocritical moral police called Hisbah chooses to look the other way when these transgressions occur but wax all holier-than-thou and aggressively self-righteous when poor people as much as wear a hair style.

We saw how Yusuf Buhari’s profligate wedding to Zahra Bayero violated all the conventions of traditional Muslim wedding. We saw videos of children of upper-class Muslim northerners dancing to and repeating raunchy lyrics of southern musicians while the cowardly and morally bankrupt Hisbah brigade looked the other way.

The consequence-free violation of Sharia moral codes by the children of northern Nigeria’s political and cultural elites has caused people to say that the rich and the powerful are exempt from the self-denials of Sharia and that Hisbah is merely a gaggle of sickeningly sanctimonious and spineless thugs.

This is a legitimate critique, but beyond the obvious hypocrisy of differential moral codes for the rich and the poor in Muslim northern Nigeria, I’m seeing an intriguing quest for social homogeneity between the children of Northern Muslim elites (who are typically culturally insular) and Southern Nigeria. This has a lot of implications for the future of Nigeria.

The weddings of the scions of the upper crust of the northern society are becoming increasingly indistinguishable from southern weddings. The songs, the dances, the vibes, and the cultural performances, such as “spraying money,” now mirror southern Nigeria.

And because they are immunised against the sanctions of Hibah by their wealth, social status, and symbolic capital, scions of Arewa’s highest social hierarchy are instituting a new culture that bridges the distance between the North and the South.

A new generation of Nigerians, mostly from the South, is generating a vast repertoire of national identity symbols in songs, dances, cinematic experiences, and other forms of cultural expressions that the rest of the world has come to regard as uniquely Nigerian.

Because of the time-honoured political and cultural tensions between the north and the south, it was always thought that the north wasn’t partaking in the emergent southern-inflected Nigerian songs, dances, and cultural practices that the world increasingly recognises as distinctively Nigerian.

In my September 26, 2020, ethnographic forecast of an evolved Nigeria titled “Nigeria Won’t Break. It’d Evolve. Here’s How,” I prognosticated that three different identities would emerge in Nigeria in the coming generations: a Hausaphone northern Nigeria (with a few holdouts), which would be riven only religion; Yoruba-speaking western Nigeria; and “an alchemic ethnic fusion of disparate groups [in eastern and southern Nigerian] enabled largely by the enormous creolisation of Nigerian Pidgin English and the Pentecostalisation of the Christianity of the regions.”

I didn’t reckon that the relative cultural provincialism of the far North would loosen and find common grounds with the South. The surprising fluency that the children of rich northern Muslims show about modern southern culture during weddings shows that the structural integrity of the hermetically sealed cultural silos of the North is giving way.

This is particularly significant because it involves the elites of the north who can—and do—subvert the region’s appointed and unappointed moral police without consequences.

In conservative societies, cultures often evolve through the osmotic pressures of elite emulation, that is, through the conscious and unconscious aping of the ways of the cultural elites who enjoy symbolic and social prestige. With time, even the moral police will give up and take on new battles.

So, for me, if there is any redeeming feature in the decadent, Sharia-defying weddings among the upper crust of northern Nigeria, it is that, in spite of itself, Nigeria is self-fashioning in ways that transcend its hitherto rigid cultural boundaries.