It takes an outsider to prod us to think outside the box to upend staid traditions, subvert taken-for-granted assumptions, and upturn settled, ossified, and faulty certainties. 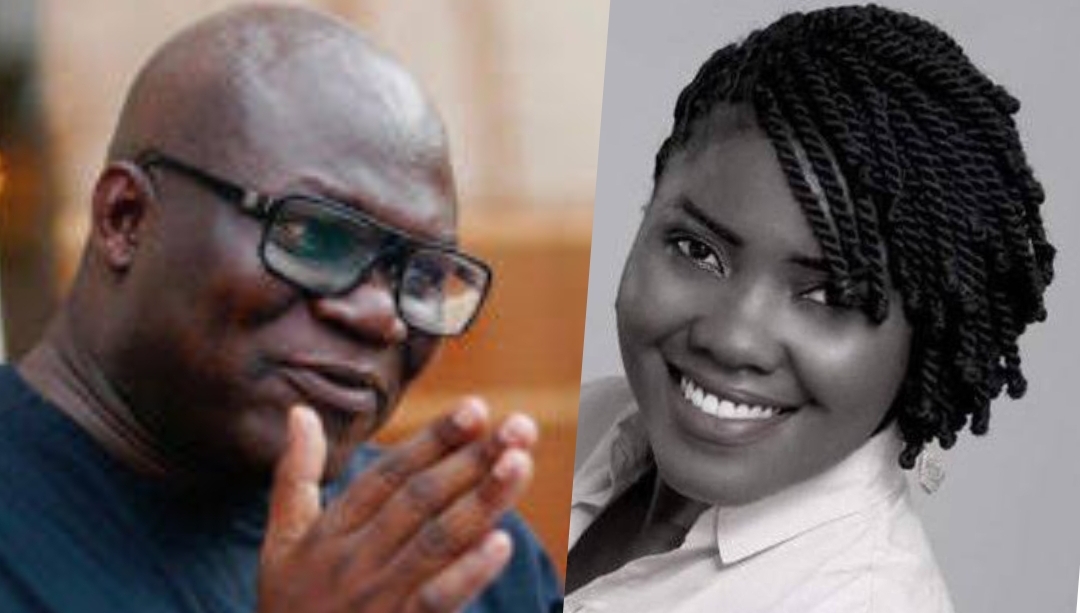 Arise TV anchor and former presidential spokesman Dr. Reuben Abati stirred a conversation in Nigeria’s journalism circles a few days ago when he upbraided an on-the-scene Arise TV correspondent by the name of Mary Chinda for addressing him as “Reuben” instead of “Dr. Abati.”

In Western broadcasting conventions, which Nigerian broadcasters have adopted, status, positional, and titular differentials are bracketed on air among colleagues. It’s an intentional inversion of the norm of everyday interactions where social superiors, older people, and unfamiliar people are typically addressed by their titles and last names unless they give permission to be called by their first names.

During stand-ups (a part of the broadcast, often at the end, where the reporter appears at the scene and talks to the anchorperson in the studio), Western broadcasting convention requires reporters and anchorpersons to address each other by their first names. In my broadcast writing classes here in America, I penalise students who flout this rule in their scripts.

Abati studied Theater Arts, not Journalism, and was a print journalist for most of his professional life, so he can be forgiven for his lack of familiarity with broadcast conventions.

But I disagree with people who think his pushback against the culture of irreverent casualness in address in broadcast conventions is triggered by titular vainglory. The fact that a professional culture is entrenched in the West is no reason to accept it as a divinely ordained, inviolable article of faith in Nigeria.

Every culture has a right to insist that professional conventions show sensitivity to local customs and quotidian traditions. Because of the entrenched power asymmetries in relational encounters in the Nigerian society, the first-name convention in broadcast journalism has always seemed to me rather contrived and anomalous.

I bet that Chinda doesn’t call Abati by his first name outside of on-air interactions. But an imported, culturally outlandish convention requires her to do so during broadcasts. In a sense, neither Abati nor Chinda is wrong. The problem lies with Nigerian broadcasters’ inability to tweak an inherited Western journalistic convention and make it Nigerian.

There’s no reason why there should be one unalterable broadcast convention, particularly one that is nurtured by an across-the-board, discourteous informality—at least from the point of view of most Nigerian cultures.

In print journalism, for instance, there are two broad conventions in the use of titles in news copy. The Associated Press Style, which we like to call the bible of American journalism, forbids the use of courtesy titles such as “Mr.,” “Mrs.,” “Ms.,” and “Miss.” It also limits the use of professional and academic titles such as “Dr.” and “PhD” to occasions when such titles help to lend credibility to what expert sources say.

It betrays an absence of cultural imagination and creativity to always unquestioningly mimic everything from the West. When the Guardian in Lagos instituted the singularly boneheaded “Simply Mr.” titular policy (which said every male name would be prefixed with the title “Mr.” irrespective of professional, academic, or cultural attainments—with the exception of Chief Obafemi Awolowo, Mallam Aminu Kano, and Dr. Nnamdi Azikiwe) they were simply sheepishly copying the West.

It didn’t take long for the policy to be dropped because it instigated strong resistance from Nigeria’s cultural and intellectual elites.

When I read stories talking about “Mr. Obasanjo,” “Mr. Buhari,” “Mr. Alex Ekweme,” “Mr “Goodluck Jonathan,” “Mr. Dangiwa Umar,” or “Mr Attahiru Jega” in a Nigerian news medium for a Nigerian audience, I cringe at the creativity deficit and imitative buffoonery that that reveals.

In Nigeria, some people’s titles are an inextricable part of their identities. Removing their titles risks getting them confused with other people who share similar names as them, especially because studies have shown that when people read online, they often don’t read linearly, i.e., from the beginning, middle, to the end; they jump around the page.

Productive creativity comes from an introspective self-consciousness of one’s culture and environment and crafting conventions to show sensitivity to and appreciation of the uniqueness of the culture and the environment.

An example of that is Mallam Mohammed Haruna’s little style pamphlet he prepared for the Daily Trust, which has a unique and creative take on titles in Nigeria. He recommends that when uniquely Nigerian titles like “Mallam,” “Alhaji,” “Chief,” “Asiwaju,” “Prince,” “Princess,” etc. are used in news stories, they should be used with the full name on first reference and first name only in subsequent references.

This is a reversal of Western convention where courtesy titles and honorifics are used with the full name on first reference and last name only in subsequent references. His reasoning for the reversal of the Western convention is unassailable. He said in all Nigerian cultures, titles are personal achievements that are often tied to the individual, not the family.

If Mohammed Abdullahi goes to Mecca on hajj, the glory is his, not his father’s, so it makes sense to refer to him as “Alhaji Mohammed Abdullahi” on first reference and “Alhaji Mohammed” in subsequent references. This is even more true of women. To refer to a Chief Alice Abiola as “Chief Abiola” in subsequent references is preposterous because it’s Alice, not Abiola, who is knighted with a chieftaincy title.

Of course, when we use Western courtesy titles and honorifics, it’s fine to refer to people’s titles and last names only in subsequent references.

Just like in the media, universities in different countries have different traditions of address for university teachers. In the UK, lecturers encourage students, including undergraduates, to address them by their first names.

That’s a no-no in the United States. Here, undergraduates must address their teachers by the teachers’ titles and last names. Only colleagues—and sometimes doctoral students—can address teachers by their first names.

However, although it’s the norm for colleagues to address each other by their first names, I couldn’t bring myself to address a Nigerian colleague of mine here in the U.S. who is old enough to be my father by his first name— even when he insisted. It didn’t roll off the tongue easily, so I pleaded with him to allow me to violate the norm. He understood.

A relative of mine who spent the greatest portion of his academic career in the United States was perplexed when he relocated to Nigeria a few years ago and found that his colleagues at the university he taught were calling each other “prof.,” “doctor,” etc. and weren’t enthused that he called them by their first names or introduced himself by his first name.

He asked me what was going on because he was genuinely puzzled, having been culturally uprooted from Nigeria for decades. After I broke it down to him, he agreed that every culture has a right to fashion its conventions according to its peculiarities. He has now become habituated to calling people by their titles.

My mother-in-law, who is American, loves this part of what I call Nigeria’s titular onomastics, that is, the practice where titles become substitutes for names. Being American, she had trouble remembering many Nigerian names, and even more trouble pronouncing them with native phonetic fidelity. She tells me she is grateful that it’s considered the height of respect to simply call Nigerian men by such honorifics as “Mallam,” “Chief,” “Alhaji,” etc. and the women “Mallama,” “Hajia,” “Madam,” etc. without ever mentioning their real names.

Dr. Reuben Abati is challenging Nigerian broadcasters to question their received, formulaic conventions. Sometimes it takes an outsider to prod us to think outside the box in order to upend staid traditions, subvert taken-for-granted assumptions, and upturn settled, ossified, and often faulty certainties.