Top five lies about Buhari that won’t go away

Muhammadu Buhari is a magnet for both extravagantly flattering myths and stubborn falsehoods. Here are the top five. 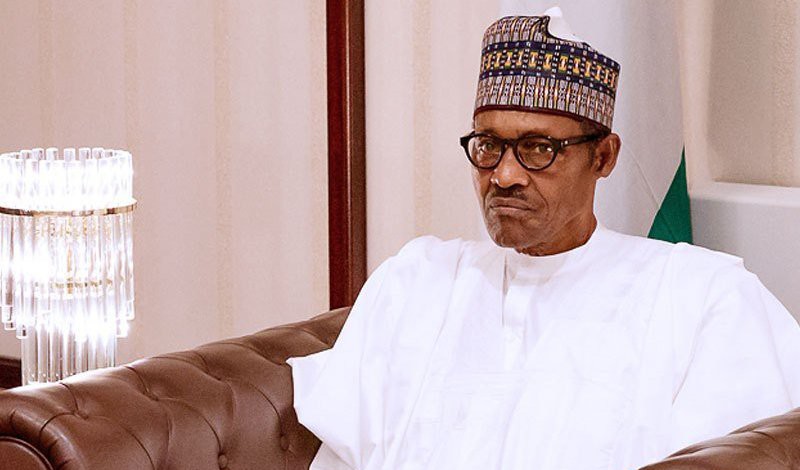 Muhammadu Buhari is a magnet for both extravagantly flattering myths and stubborn falsehoods. Here are the top five:

Muhammadu (which his teachers spelled as “Mohamed” when he was in secondary school) is his first given name and Buhari is his middle name, not his surname. He was named after prolific ninth-century Persian Hadith compiler by the name of Muhammad al-Bukhari who was born in a city called Bukhara in what is now Uzbekistan.

Bukhari isn’t a personal given name; it’s a demonym, that is, a name given to people who come from a particular place, such as Nigerian, Briton, American, Lagosian, New Yorker, etc. Bukhari simply means a native of the city of Bukhara in Uzbekistan, a West Asian nation that used to be a part of the Union of Soviet Socialist Republics (USSR).

In Muslim and Middle Eastern linguistic traditions, the letter “i” is usually added to the end of the names of villages, towns, cities, and countries to form demonyms. That’s why someone from Pakistan is called a Pakistani, someone from Israel is called an Israeli, someone from the UAE is called an Emirati, and so on. If the demonym of Bukhara were to be given in Hausa, it would be Danbuhara. In Yoruba, it would be Omobuhara. In my native Baatonu, it would be Buharagi. (My last name, Kperogi, is a demonym, and it means someone from Kperu, the short form of my hometown’s name, Senru Kperu, but which Yoruba people call Okuta).

So how did Muhammadu Buhari come to be known by his names? Because of the immense reverence that Muhammad al-Bukhari enjoys among Sunni Muslims, Muslims have historically honored him by naming their children after him, so instead of just calling them Bukhari (which they may literally not be since they may not be natives of Bukhara in Uzbekistan), they typically combine the man’s first and last names: Muhammad Bukhari.

Most Nigerian languages, including Hausa, don’t have the phoneme “kh,” which sounds almost exactly like the sound you produce when you are discharging mucus from your throat. The closest phonemic approximation of that sound is “h,” which explains why “Bukhari” is rendered as “Buhari” in many African languages.

Our Muhammadu Buhari doesn’t bear his father’s name even though he is so proud of his paternal ancestry that he gratuitously flaunts it. For instance, in his October 18, 1961 “Application to sit for RNA Qualifying Examination,” he called attention to his ethnic identity even when it wasn’t warranted. “I have the honour to apply for regular service in the Royal Nigeria Army. My name is Muhammadu Buhari and I am a Fulani. I am eighteen years old and I am in Form Six at the Provincial Secondary School Katsina,” he wrote.

Buhari’s father who gave him the Fulani bloodline he brandishes (his mother is Kanuri) was called Adamu Bafallaje (or Bafalle in Hausa). In fact, Buhari’s older brother who died in a car crash in the late 1980s and whose Buhari-lookalike son, Fatuhu Muhammad, represents the Daura/Sandamu/MaiAdua federal constituency in the House of Representative was called Mamman Danbafalle. (Danbafalle means son of Bafalle in Hausa, and Mamman is the Hausa domestication of Muhammad. It’s common in Muslim families to have many siblings named Muhammad, but they’re often differentiated with their middle names).

A March 16, 2019 Daily Trust report on the village said Dumurkul is a Fulfulde word, which means “‘settlement for herders’, especially for those who stay for at least a year.” After his father’s death when he was little, Buhari lived with his mother’s Kanuri relatives in Daura and adopted the town as his hometown.

But he hasn’t severed his umbilical cord from Dumurkul. During this year’s Sallah festivities in July, he was knighted (or “turbaned”) as the Hakimi (or district head) of Dumurkul even though the village wasn’t officially a district.

In order to reconcile the contradiction of making someone a district head of a non-existent district, on July 27, 2021, Buhari’s village was mysteriously upgraded to a “district” and taken out of Koza District of which it was a village after “an emergency plenary to consider the request from Governor Aminu Bello Masari” was convened!

In Dele Sobowale’s book titled Letting a Thousand Flowers Bloom (Ibrahim B. Babangida 1985 – 1992), Buhari’s past notoriety for unrestrained libidinal impulses was described this way: “He must have been some sort of a sexual athlete. One officer who served with him in two stations had this to say: ‘You can leave your money, bottle of hot drinks or packets of cigarettes with Buhari, go away for several months and return and find nothing would be missing. But leave your girlfriend or sister with him and you might return to find her pregnant.’ That might be an exaggeration but he had that reputation.”

As the reader can see, even in describing his sexual indiscretions, this quote couldn’t help but perpetuate the lie that Buhari didn’t smoke or drink. There are public photos of Buhari smoking and people who are close to him said he drank alcohol on the sly.

Also recall that at the time he claimed to be too poor to afford his nomination form, several of his children were studying at UK universities whose tuition costs add up to tens of millions of naira.

Plus, as Petroleum Minister in 1977, he couldn’t account for $2.8 billion, which the legendary Fela sang about. And a probe of PTF, which he headed, showed that he squandered N135 billion. Newswatch’s report of the probe revealed that N500 million mysteriously disappeared from the coffers of the agency. It also showed that Buhari used N800 million on his “personal estate” and used N28 billion to buy “expired HIV/AIDS kits.”

He had 5 credits in the following subjects: English (C5), History (A3), Geography (C6), Hausa (C5) and Health Science (C6). He also had a P7 in English Literature. His grade in Mathematics didn’t show in his certificate because got an F9. That was a great result for the time—and even now. He could have gone to the university with the result if he wasn’t in a hurry to enroll in the military while he was awaiting his WASC exam result.