Why Conspiracy theories persist even when they’re stupid 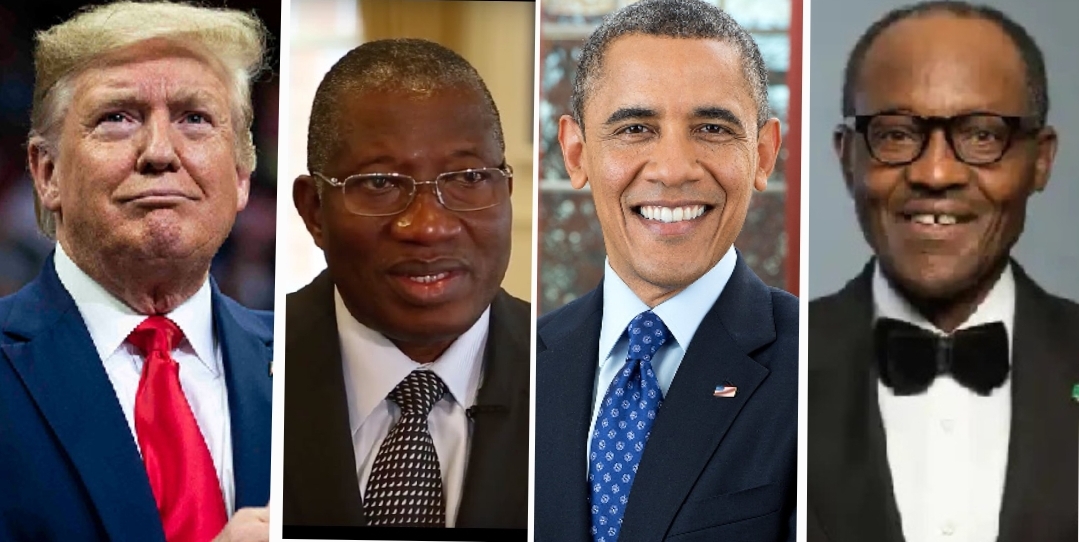 Conspiracy theories denote perspectives that are located on the furthest margins of the official and semi-official narratives about issues and events.

Although the invocation of the term is sometimes no more than an idle, off-handed rhetorical strategy to marginalize and delegitimise alternative narratives that are at variance with officially sanctioned perspectives on an issue, there are indeed some really wacky and fringe narratives out there that are so bizarre in their illogic and paranoia they make you cringe in stupefied astonishment.

Take, for example, the wacky, out-of-this-world conspiracy theories about former U.S. president Barack Obama that luxuriated—and still do— on American right-wing circles, onewhich suggested that Obama had been primed from his very birth to become president of America.

Many so-called birthers (people who believe Obama was not born in America) say it was in furtherance of the grand conspiracy to make Obama president of America (in order to undermine it from within) that when he was born in Kenya in August 1961, Freemasons or some other villainously shadowy group caused his birth to be fraudulently published in a Honolulu newspaper on the day he was born!

Nigerians also expend inordinate energies hatching conspiracies about their national tragedies instead of confronting and understanding the etiology of the tragedies. We obsess with deploying the resources of our imagination to impose order on what is otherwise an anarchy of occurrences.

When Boko Haram abducted schoolgirls in Chibok, Borno State,on April 14, 2014, supporters of Goodluck Jonathan, including his wife, Patience Jonathan, spun all kinds of wild conspiracy theories to delegitimize the facticity of what had happened.

How could hundreds of students be kidnapped from a school without anyone noticing or alerting the authorities? Where was the school principal? How come no one in the town saw them? Who ever reported missing their children? The conspiracists concluded that it was all made up to make Jonathan look weak and to provide further fodder to the rhetorical staple of his famed cluelessness.

When a video of the girls later emerged, conspiracists still asked how come the students couldn’t speak English. How could they be taking the Senior Secondary School Examination at the time of their kidnap but be unable to communicate effectively in English? This must be a staged abduction to get at Jonathan!

The exact scenario played out when schoolgirls were kidnapped again in Dapchi, Yobe State, on February 19, 2018. But when some of the abducted schoolgirls were released and Leah Sharibu wasn’t because she refused to give up her faith, the conversation shifted from conspiratorial incredulity about the kidnap to a fight for Sharibu’s freedom—freedom from a captivity that conspiracists initially doubted.

When, on December 11, 2020, schoolkids were kidnapped (and later rescued) in Kankara, Katsina, conspiracists also said the kidnap was staged.

Buhari supporters said it was planned by the PDP to embarrass Buhari who was in Katsina when the kidnap happened, and Buhari critics said it was staged to show that unlike Jonathan who couldn’t rescue the abducted Chibok girlsuntil he left office, Buhari was able to get the schoolkids rescued in a matter of days.

The insecurity that pervaded Goodluck Jonathan’s administration was blamed by his supporters on northern politicians scheming to oust Jonathan from power.

Northern conspiracists, on the other hand, blamed Boko Haram terror attacks and the incipient phenomenon of abduction for ransom in the last years of Jonathan’s government, which has now become a full-scale cottage industry, on Jonathan’s designs to depopulate the north.

Former Secretary to the Government of the Federation Babachir David Lawal, then a CPC politician, infamously said Boko Haram was a PDP plot to “depopulate” the northeast because the region doesn’t vote PDP.

“The security situation we are … facing in Northern Nigeria today could be sponsored, financed and supported by evil minded and over-ambitious leaders of Government and the society for political gains,” he said. “There is simply no person(s) in the North-Eastern zone rich enough to foot the financial and logistic bills on Boko Haram activities. Somebody outside the zone must have bought these arms, ammunitions and explosives somewhere which is easily traceable, paid the freight charges to Nigeria, cleared them at the Ports, conveyed them up-country through numerous check-points and put them in safe-houses in the States ready to be used by the appointed killers.”

Conspiracy theories have become more audacious and more mainstream in the last few years thanks to the legitimacy they have enjoyed from Donald Trump, by far the worst president America has had in its nearly three centuries of existence but who had the most symbolic power in the world for four years.

Coronavirus conspiracies have proliferated and sickened or caused the death of hundreds of thousands of people thanks to Trump and his enablers who used to be consigned to the lunatic fringe of polite society.

But the truth is that life is too complex to always be amenable to conspiracies and deliberate, predetermined designs. There are coincidences, happenstances, misfortunes, serendipities, flukes, etc. that don’t require planning, that aren’t, and need not be, the consequences of machinations.

To fixate on conspiratorial whispers where the lives of little children are involved doesn’t strike me as particularly helpful or compassionate. As a parent, I feel the vicarious pains of abducted children’s parents.

I know of no parent or child who will willingly participate in this kind of barbarous self-immolation on behalf of any government or political group outside government. Although governments’ habitual lies,deceit, and ineptitude fertilize and give credence to conspiracies, not everything is a conspiracy.

And any time you’re inspired to form conspiratorial, often evidence-free, thoughts about events, people, issues, etc. remember that the human mind is notoriously supple and, when it’s allowed to wander into uncharted cognitive territory unaided, it has the capacity to invent patterns and make connections where they don’t exist. Psychologists call this apophenia.

When I was a kid in the 1980s, I recall that my Yoruba friendswere always certain that they saw the manifest image Chief Obafemi Awolowo on the moon, but we Baatonu kids only sawAlhaji Shehu Shagari’s image, and we would argue intenselyover this. Our minds were predisposed to “see” a coherent, predetermined optical pattern in a chaos of illusory visual stimuli.

A lot of popular conspiracy theories are similar: they sprout from seeing patterns in random occurrences, and they are often fertilized by confirmation bias, which is also called a conclusion in search of evidence. That is why everything is amenable to conspiracy theories if we don’t discipline our minds.

People who compulsively churn out or believe in wildconspiracy theories, for instance, have been psychologized as suffering from such mental disorders as paranoia, denial, schizophrenia, and what’s called the “mean world syndrome.”But many conspiracy theorists are normal people.

As a communication scholar, I know that certain kinds ofconspiracy theories sprout and flourish in an atmosphere of insufficient or non-existent official information or of widespread, often well-founded, incredulity over the authenticity of official versions of events. But the lies of governments shouldn’t make victims of every wild conspiratorial whisper out there.