FBI drops charges against Hushpuppi in Qatari heist after flipping on Abba Kyari, others

The FBI dropped some charges against popular Internet fraudster Ramon ‘Hushpuppi’ Abbas, in line with a plea deal between Mr Abbas and the U.S. government. 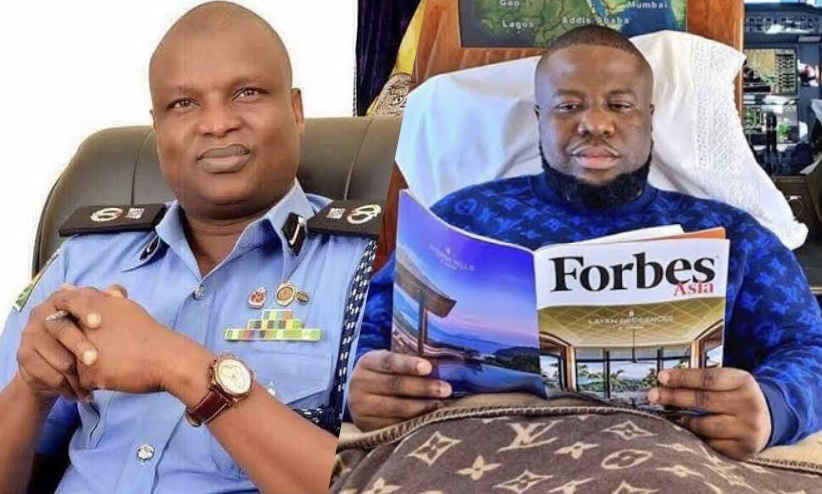 The Federal Bureau of Investigation has dropped some charges against popular Internet fraudster Ramon ‘Hushpuppi’ Abbas, in line with a plea deal between Mr Abbas and the United States government.

This is contained in court documents presenting the U.S. government’s sentencing position for Mr Abbas before the United States District Court for the Central District Of California ahead of his September 21 sentencing.

“On February 12, 2021, the United States filed a sealed criminal complaint against Abbas and five co-defendants in the Juma case. Defendant agreed to plead guilty in the Abbas case approximately two months later, while the Juma Case was still sealed,” the 17-page document said.

It further noted, “As discussed below, the charges in the Juma Case relate to a scheme to defraud an individual in Qatar who was seeking a loan of $15 million for a project to build an international school. As part of defendant’s plea agreement in the Abbas Case, the United States agreed to dismiss the complaint against defendant in the Juma case.”

The document revealed that in December 2019, Mr Abbas conspired with Kenyan national Abdulrahman Imraan Juma and others to defraud a Qatari company and its owner. Mr Juma had already been in contact with the victim when Mr Abbas was onboarded.

Mr Abbas started speaking with the victim, posing as a Wells Fargo Bank employee named “Malik.” Both men then opened a bank account at Wells Fargo Bank in Canoga Park, California, using the name of the Qatari victim’s company.

The document noted that between December 19 and 24, 2019, Messrs Abbas and Juma conned the victim into paying $330,000 to fund an “investor’s account” to facilitate a $15 million loan.

“Defendant used those funds for his personal benefit, including purchasing a $230,000 Richard Mille RM11-03 watch, which defendant arranged to have brought to him from New York to Dubai. The watch was delivered to defendant on approximately January 4, 2020,” the document said.

It added, “Soon thereafter, the Richard Mille watch began to appear on defendant’s Instagram feed, where he would specifically call it out with the hashtag #RichardMille, including, for example, in the following posts on January 13, March 17, and May 31, 2020.”

Mr Abass told the United States District Court that he was at risk of being harmed by Mr Kyari.

U.S. prosecutors asked the judge to sentence Mr Abbas to 11 years in prison and three years of supervised release for his role in a multinational conspiracy that earned him millions of dollars between 2019 and 2020.

It was recommended that Mr Abbas pay $1.7 million in restitution, $500,000 in fines, and $100 in administrative fees ahead of his sentencing on September 21.

In July 2021, Mr Abbas pleaded guilty to multimillion-dollar fraud charges as part of a plea bargain he entered with the U.S. authorities, court documents seen by Peoples Gazette said.

Mr Abbas admitted to laundering money and orchestrating fraudulent attacks on a Premier League club, an American law firm, a UK law firm and other schemes, including recruiting North Korean state-sponsored hackers to collaborate with his fraudulent projects.