An FCT official said the demolition was requested by landlords and residents of the area. 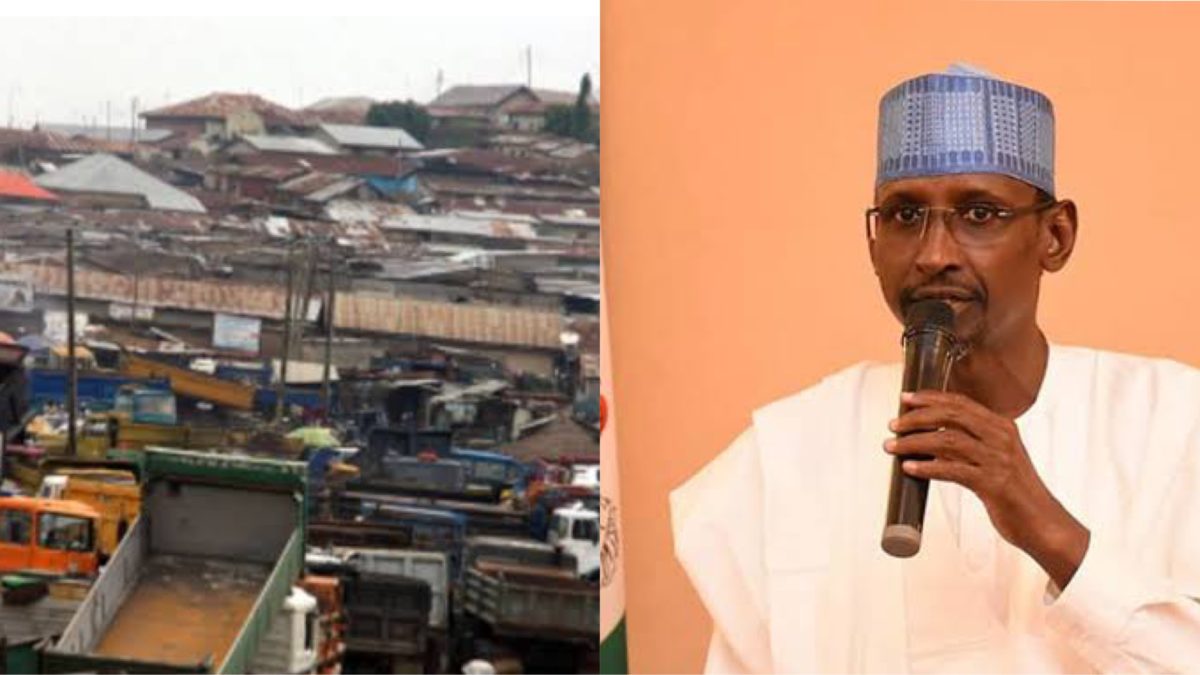 The Federal Capital Territory Administration (FCTA) on Wednesday cleared no less than 2,000 roadside shanties, containers and other illegal structures along the road corridors at Mpape.

Ikharo Attah, the Chairman, FCT Ministerial Committee on City Sanitation, who led the exercise, said the sanitation was requested by residents and landlords of the area.

He said that the residents made a passionate appeal to the FCT Minister, Muhammad Bello, to save them from the traffic gridlock that had made life unbearable in the area.

Mr Attah said that Mpape Residents and Landlords Association six months ago begged the minister to come to their aid as illegal commercial activities had taken over the road corridors.

“Mpape demolition is requested by the residents and landlords who came to FCTA, requesting the Minister, Malam Muhammad Bello, to come and clear the road corridors.

”So what we are doing is in line with the request of the people who want the road corridors to be reclaimed so that there will be ease of movement.

“As a responsible government, we responded to the cries of the people.

”We gave them enough notice, but many of them were basking in the euphoria that nobody can clear Mpape,” he said.

On his part, Peter Olumuji, Secretary, FCTA, Command and Control Centre, said many of the shanties and illegal structures demolished were being occupied by criminal elements.

Mr Olumuji said that over time, reports had shown that criminal activities were on the increase in Mpape because of so many shanties providing covers for them.

“This part of Mpape harbours the highest number of criminal elements and there are lots of criminal activities which the residents have been complaining about.

“What the FCTA is doing here today is to ensure that the mandate of securing the city is carried out,” he said.