A official said the postponement was due to some unforeseen circumstances. 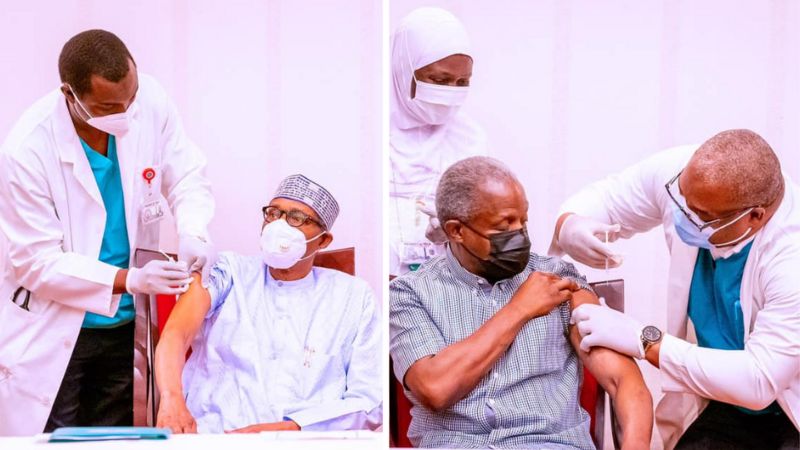 A composite of Buhari and Osinbajo taking the jab [Photo credit:BBC]

Mass inoculation of Nigerians with the second batch of COVID-19 vaccines will no longer commence on Tuesday August 10 as earlier scheduled, says the Presidential Steering Committee on COVID-19 (PSC).

The vaccination was billed to commence at the Federal Medical Centre, Jabi, Abuja, following the receipt of a consignment of Moderna vaccine doses donated by the American government to intensify the battle against the virus.

Spokesman to PSC on COVID-19 Willie Bassey, made this known in a statement issued on Sunday in Abuja.

The PSC announced the second phase of vaccination against the virus having received four million doses of moderna vaccines donated by the United States government through COVAX.

U.S. President Joe Biden had in May pledged to share 80 million vaccines with countries around the world to protect the most vulnerable. Of this number, Africa is expected to receive 25 million.

The first shipments to Burkina Faso, Djibouti, Ethiopia and now Nigeria have been delivered.

According to Mr Bassey, the exercise was postponed due to some unforeseen circumstances.

The statement reads in part; “This is to announce the postponement of the national flag-off of phase 11 vaccination programme earlier scheduled for Tuesday this week due to unforeseen circumstances.

“A new date will be communicated,” it said.

Following the increasing COVID-19 cases linked to the highly transmissible delta variants, the government confirmed the third wave of the pandemic in the country.

As of August 7, the country has recorded 177,615 coronavirus cases and 2,185 fatalities, data from the Nigeria Centre for Disease Control (NCDC) shows.

Although the country commenced inoculation of its citizens against COVID-19 in early March, only 3,938,945 eligible persons across 36 states and FCT have so far been vaccinated.

The Oxford-AstraZeneca COVID-19 vaccine with which Nigeria commenced vaccination, is given in double doses. A person is required to come back for a second shot, some weeks after taking the first jab.

However, following the exhaustion of approximately four million doses of vaccines delivered through the COVAX facility, the government announced the close of vaccination of the first batch.

COVAX is a United Nations-backed effort that promises access to vaccines for up to 20 per cent of participating countries’ populations.

To achieve herd immunity against the virus, the Nigeria government had set an ambitious goal of vaccinating 40 per cent of its over 200 million population before the end of 2021, and 70 per cent by the end of 2022.

Mr Faisal said the second phase would capture older adults aged 50 years and above and those with comorbidities aged between 18 and 49 years of age.

He said; “Phase 3– Those in states/LGAs with high disease burden and who missed phases 1 and 2, and Phase 4 will include other eligible populations as vaccines become available.”

Meanwhile, the country is also expecting about 700,000 doses in the coming week and another 3.9 million doses by mid August. 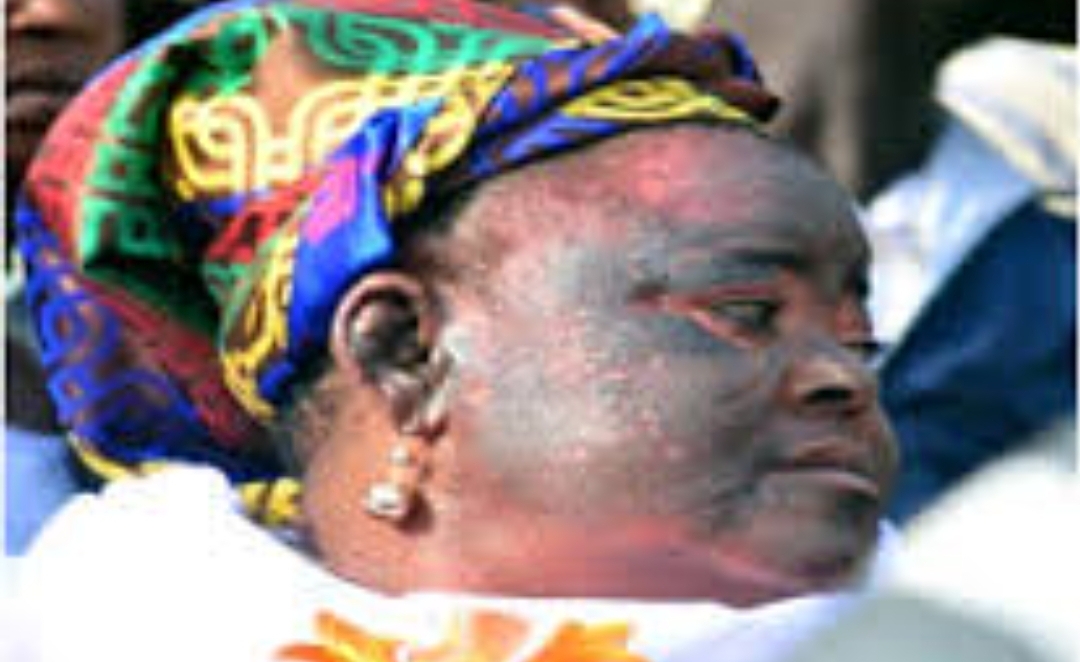