The NCAA said Dana Air was no longer in a position to meet its financial obligations and to conduct safe flight operations. 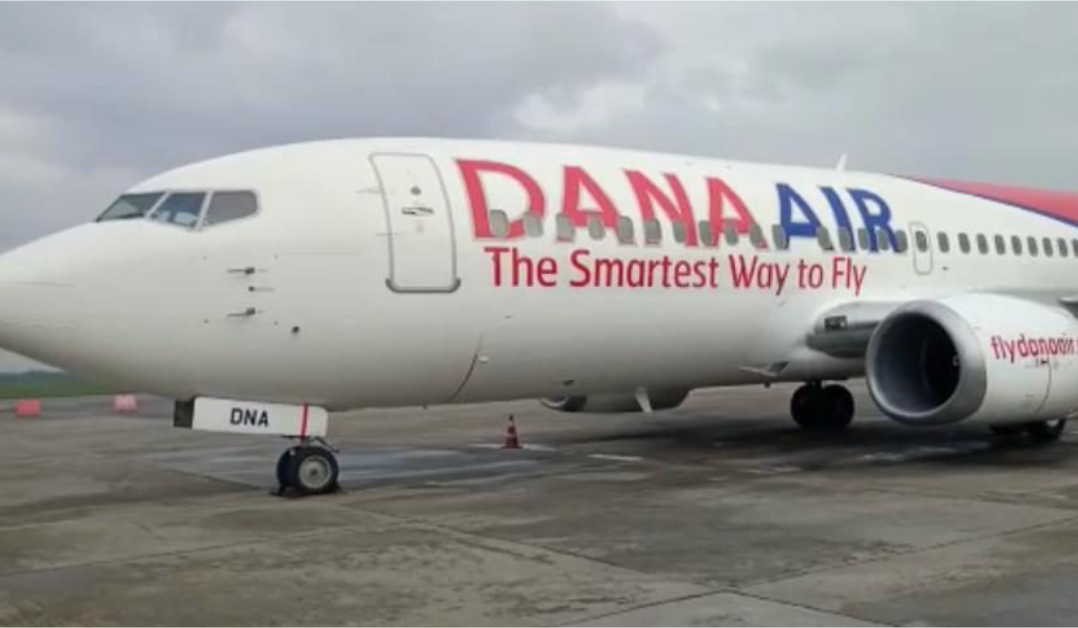 This is contained in a statement signed by Captain Musa Nuhu, the Director General of NCAA, on Wednesday in Lagos.

It said that the suspension order, handed down by Mr Nuhu, has since been communicated to the management of Dana Airlines.

According to the statement, the decision is the outcome of a financial and economic health audit carried out on the airline by the authority, and the findings of an investigation conducted on the airline’s flight operations recently.

It said that these revealed that Dana Air was no longer in a position to meet its financial obligations and to conduct safe flight operations.

“The NCAA acknowledges the negative effect this preemptive decision will have on the Airline’s passengers and the travelling public and seeks their understanding, as the safety of flight operations takes priority over all other considerations,” the statement said.

Dana Air Boeing 737 aircraft with registration number (5N DNA) had on Tuesday made an emergency landing at Abuja Airport.

The airline, after the incident, said that the aircraft had been grounded for immediate attention by engineers.

The airline’s Communication Manager, Kingsley Ezenwa made these known in a statement issued in Lagos.

Mr Ezenwa said that the incident was due to an indication on one of its engines.

He noted that the pilot-in-command briefed the passengers on the incident and landed the aircraft safely at the Abuja International airport at about 2:52 p.m.

“All the 100 passengers disembarked safely and the aircraft has been grounded for immediate attention by our team of engineers.

“The Nigerian Civil Aviation Authority (NCAA) have also been briefed on the incident,” he had said.

Mr Ezenwa apologised to passengers on board the flight and reassured customers that the airline would continue to maintain high safety standards.

The suspension of  Dana Air operations also came soon after the Airline Operators of Nigeria wrote to the NCAA and the Federal Airports Authority of Nigeria expressing some concerns and seeking reliefs.