”We hope to train 75, 000 extension workers over a period of three years,” the minister said. 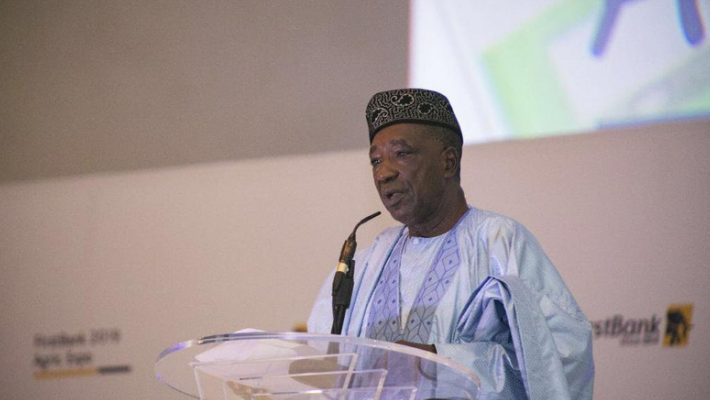 The Minister of Agriculture and Rural Development, Muhammad Nanono, says the Federal Government is targeting about 60,000 tractors to drive its Agriculture Mechanisation Programme.

Mr Nanono disclosed this when participants of the Senior Executive Course (SEC) NO. 43 (2021) of the National Institute for Policy and Strategic Studies (NIPSS), Kuru visited him in Abuja on Tuesday.

The minister said that the Agriculture Mechanisation Programme would ensure food and nutrition security, create jobs and boost the economy in line with President Muhammadu Buhari’s policy to boost food production.

He noted that agricultural mechanisation now revolves around the world, saying that this would address the challenge of feeding the Nation’s growing population and achieving food sustainability.

Mr Nanono told the visitors that the federal government was making moves to increase agricultural extension workers to 75,000 on various value chains for efficient food production and self – sufficiency.

”We hope to train 75, 000 extension workers over a period of three years,” the minister said.

The minister had recently said that the federal government had concluded plans to distribute over 10,000 tractors and inputs to farmers in the 774 local government areas in the country.

Mr Nanono said that each of the councils would be allocated tractors worth N150,000 million each and inputs as soft loan to be repaid in an 11 years plan.

The minister noted that there had been increases in food production in spite of the security challenges and COVID- 19 pandemic in the country.

He said that the federal government was determined to expand agriculture across the board.

Mr Nanono disclosed that the Ministry of Agriculture had been involved in research and development along with the value chain addition, noting that research was very important in the agricultural sector.

Speaking earlier, the leader of the delegation, Prof. Olufumilayo Para-Mallam, the Director of Studies (NIPSS), expressed delight to be at the ministry for the interactive discourse on agricultural policies of the ministry.