FG to rent planes for Nigeria Air starting next year

Not just the planes, the wet-lease arrangement being adopted also covers flight crew and sometimes fuel. 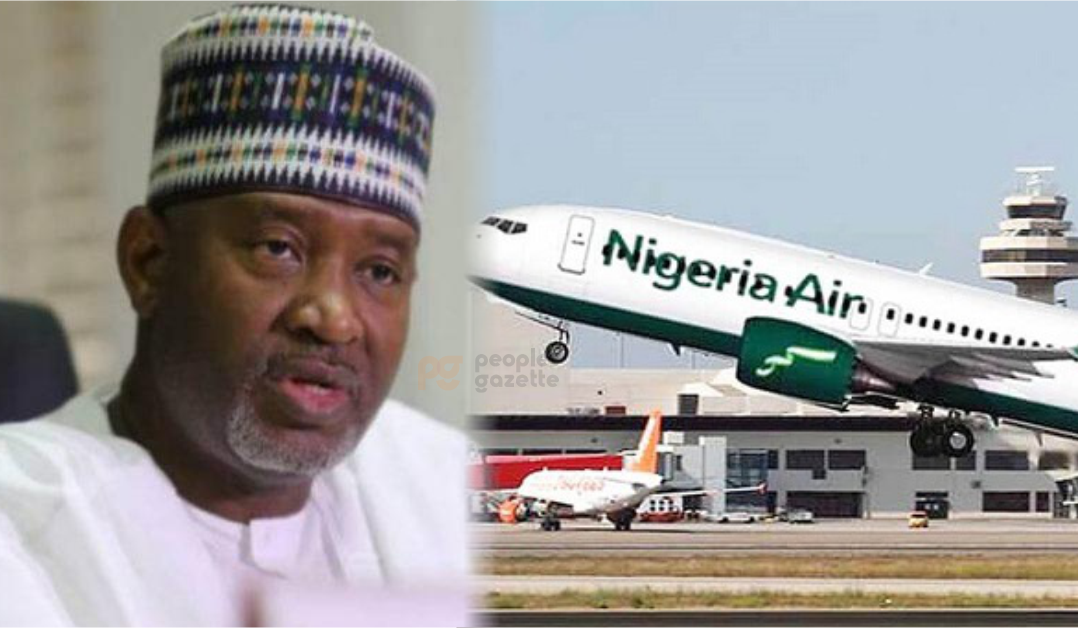 The federal government says it will rent three aircrafts to kick-start operations for the Nigeria Air slated for April 2022.

Hadi Sirika, Minister of Aviation, made this known to journalists in Abuja on Thursday.

Mr Sirika said it would take three to five years for an aircraft to be delivered to the Nigerian government if newly ordered, which would stall the flag-off of Nigeria Air.

To pre-empt this delay, the government has decided to adopt the wet-lease arrangement which covers the hire of an aircraft, including the provision of a flight crew and sometimes fuel.

“They will start with wet-leased aircraft and that’s how 90 percent of airlines in the world would have started,” he said.

“So they will start with a wet-lease of three aircraft and then continue to expand, place orders and then get deliveries,” the minister added.

He explained that investment options are open to Nigerians at 46 per cent stake, while 5 per cent belong to the government and the remaining 49 per cent for foreign investors.

“Nigeria Air would be quoted on the stock exchange and Nigerians would be allowed to buy shares in the airline,” Mr Sidika said, adding that the government would begin accepting proposals from next week.

According to him, “It will be purchased exactly the way you buy shares in every company.

“This is because Nigeria Air is a limited liability company for now, registered under the law of the land and structured in a public-private partnership (PPP) manner.

“So you purchase it the same way you purchase shares in any company and later it is our hope that it will be listed and go through IPO (Initial Public Offering) and so on,” he said.

Furthermore, the minister said the government was preparing 12,000 hectares to accommodate Nigeria Air facility which upon completion would be likened to an airport city.

“In that 12,000 hectares of land, of which all of it is a free zone, there will be the MRO facility, a second runway, new terminal building and various businesses. It is going to be a whole airport city,” Mr Sirika said.