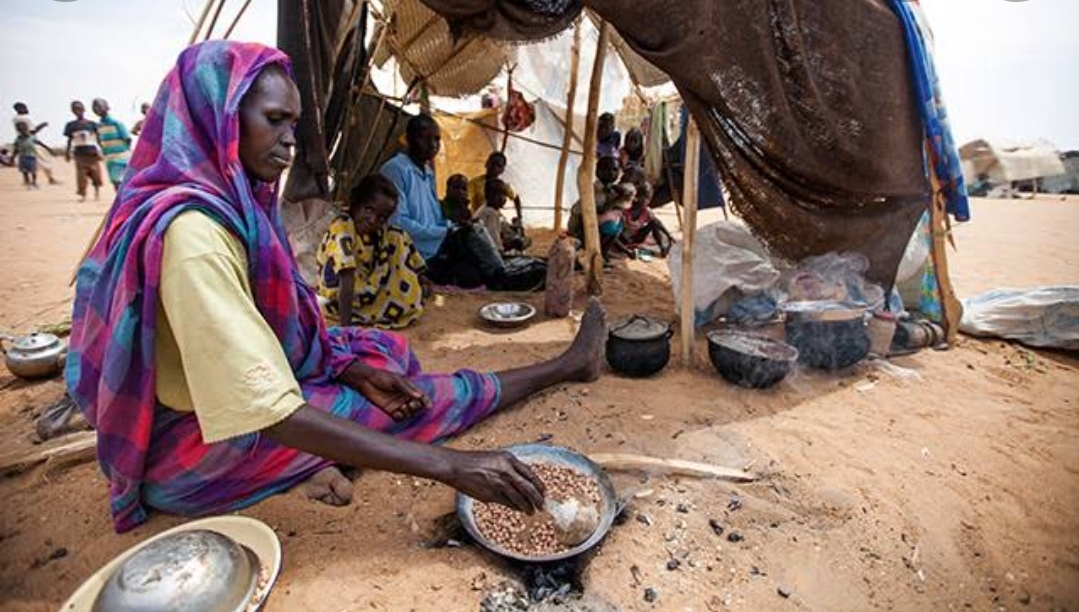 A photo used to illustrate hunger in Dafur (credit: UN)

The World Food Programme (WFP) says 15 million people in Sudan are facing acute food insecurity, according to a new assessment.

WFP, in the Comprehensive Food Security and Vulnerability Assessment (CFSVA) released on Thursday, showed that the combined effects of economic and political crises were among key drivers of the emergency.

The UN agency also listed displacement, climate shocks and a poor harvest in the past agricultural season as other factors contributing to food insecurity.

As millions of people are being “pushed deeper into hunger and poverty,” Eddie Rowe, WFP representative and country director in Sudan, drew attention to another challenge.

“Funding levels are not matching the humanitarian needs and we must act now to avoid increasing hunger levels and to save the lives of those already affected,” he warned.

The assessment projected that the situation would likely worsen throughout the country’s lean season, which started this month and will continue through September.

By that time, up to 40 per cent of the population, or around 18 million people, may slip into food insecurity, which WFP and the Food and Agricultural Organisation (FAO) had warned of earlier this year.

“In the 2021/2022 harvest year, Sudan was able to produce 5.1 million tons of cereal, enough to cover the needs of less than two thirds of the population,” Babagana Ahmadu, FAO representative in Sudan, said. “If the ongoing agriculture season doesn’t receive robust support with agricultural inputs and livestock services, the number of food insecure people may dramatically increase to unprecedented levels and ultimately lead to more conflict and displacement.”

With more than half of the country’s wheat imports stemming from the Black Sea region, the conflict in Ukraine has further driven up food and fuel prices, compounding the situation.

According to the CFSVA assessment, food insecurity exists in all of Sudan’s 18 states and has worsened in 16.

The 10 most affected localities are in Darfur, which have been ravaged by nearly two decades of protracted conflict and displacement.

The most affected is Kereneik, West Darfur, where renewed clashes at the end of April claimed the lives of at least 179 people, displaced around 125,000, and left up to 90 per cent of the population food insecure, according to the CFSVA analysis.

Building upon this, the newly released CFSVA confirmed the worsening food security situation in Sudan. To address the sharp rise in food insecurity, FAO and WFP are calling for urgent action, including increased funding, in order to save lives and prevent a looming hunger crisis in Sudan.