The championship, which is in its second edition, will hold from July 14 to 17 at the Moshood Abiola National Stadium in Abuja. 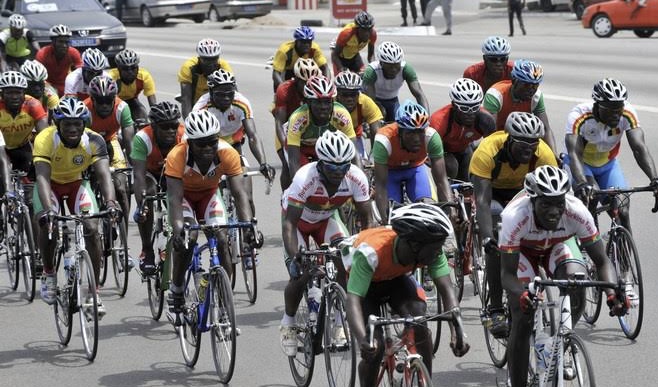 Massari told journalists in Abuja on Tuesday that the trials would help in selecting those to represent Nigeria in the competition’s juniors and elite categories.

The championship, which is in its second edition, will be in the male and female categories and is due to hold from July 14 to 17 at the Moshood Abiola National Stadium in Abuja.

He disclosed that five female elite cyclists are also in camp with the others.

They are in camp to prepare for the 2022 Tissot UCI track World Championship scheduled for Cali in Colombia from July 7 to 10.

“When they return to the country, they will join the Nigerian team, which will represent the country in the elite category at the championship,” he said.

The CFN president disclosed that the federation had ensured Nigerian cyclists’ participation in competitions at Glasgow in Scotland in April and Milton in Canada in May.

He said this was in order to gather more points and also help them to perform well.

“We are hoping to acquire enough points to help us qualify for the next UCI Track World Championship which will be held in Saints Quentin in France from October 12 to October 16.

“In the juniors’ team category, we have activities for both the male and female through the UCI Junior Track World Championship in Tel Aviv, Israel, from August 23 to August 27,” he said.

The federation had, after national trials conducted from June 8 to 12 in Abuja, picked 52 cyclists for camping from the 139 males and females who participated.

From the open camping, a final list of 36 male and female cyclists to represent Nigeria at the championship.

After this, the federation will begin a closed camp from June 26 to 17 in Abuja.