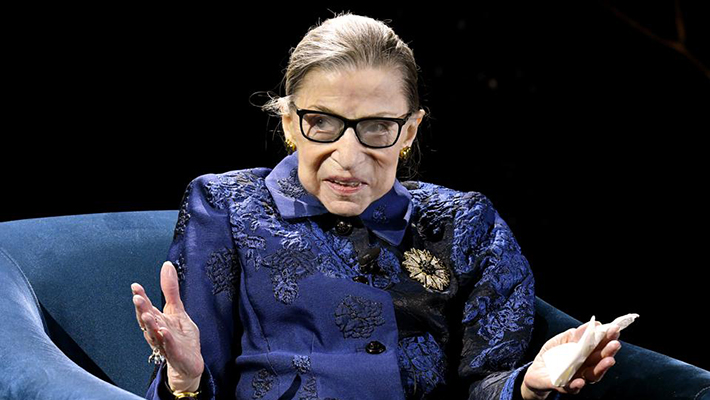 The documentary RBG, which cemented Justice Ginsburg’s unlikely status as a pop culture hero, and biographical movie On the Basis of Sex, both from 2018, will be back in movie theatres on Friday and available on demand, Focus Features and Magnolia Pictures said.

The film companies said they would donate their net proceeds from the re-release to the American Civil Liberties Union Foundation in support of their Women’s Rights Project, which was co-founded by Justice Ginsburg in 1972.

Justice Ginsburg, a stalwart liberal and feminist icon, died on Friday at age 87, prompting makeshift memorials around the country and upending November elections around the political battle over her successor.

“These films highlight only a small portion of her legacy to screen, but her vast impact on our country goes far beyond them.

“We hope that moviegoers are re-inspired by her passion, her courage and take that back into the world,” Focus Features and Magnolia Pictures said in a joint statement.

RBG, which won an Emmy award and was nominated for two Oscars, traced Justice Ginsburg’s legal legacy, personal life and strenuous workouts that earned her the moniker Notorious RBG.

On the Basis of Sex starred Felicity Jones in the story of Justice Ginsburg’s early career and her personal and legal struggles for equal rights.