The fire, according to the Kwara Fire Service, was suspected to be caused by an electric power surge. 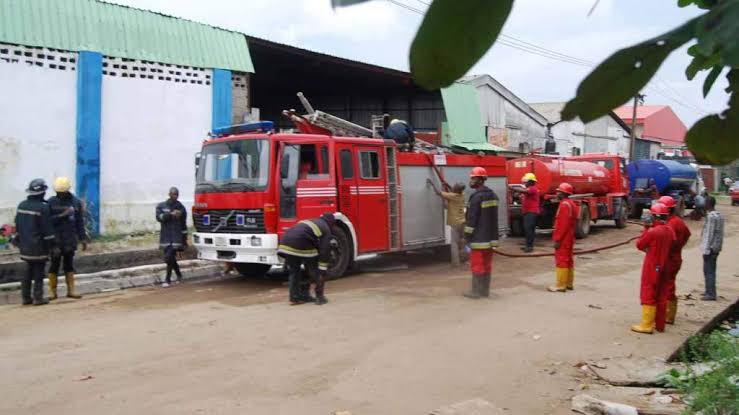 An early morning fire razed 11 shops at the Alamu Market in Ilorin on Monday.

The Kwara Fire Service confirmed the incident in a statement by its spokesperson, Hassan Adekunle, in Ilorin.

“A passerby on motorcycle was the one who noticed the inferno and alerted the state fire service.

“Firemen did everything possible and immediately stopped the spread of fire to other shops and subsequently put it out,” Mr Adekunle said.

The spokesperson stated that the fire was suspected to be caused by an electric power surge, and advised the general public, especially traders, to be safety conscious.