The latest quest arm the fire service follows similar push by the Federal Road Safety Corps to arm its officers with assault weapons. 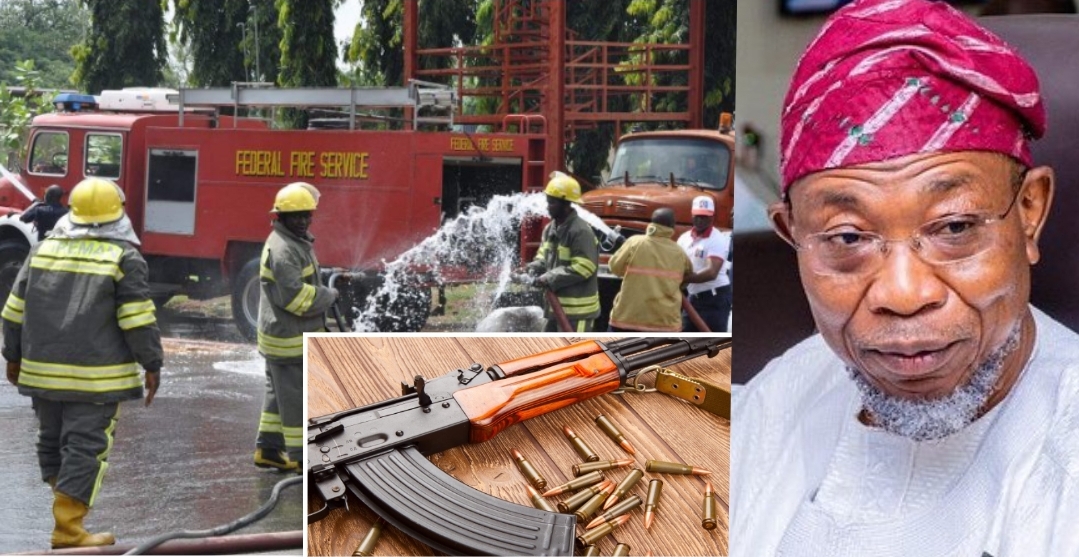 The Minister of Interior, Rauf Aregbesola, has disclosed the federal government’s intention to create an armed unit of the Federal Fire Service. This unit will be called the “Fire Police,” and their duty would be to provide armed outer cordon during operations.

Mr Aregbesola made the announcement in Jos, Plateau State, at the opening of the National Council on Fire, a statement by the Director of Press, Blessing Lere-Adam, said on Saturday in Abuja.

The latest quest arm the fire service follows similar push by the Federal Road Safety Corps, an outfit simply set up to maintain order and safety on Nigerian roads, to arm its officers with assault weapons.

The statement says that this decision is “part of efforts to address the challenges often faced by firefighters during operations, through mob action and vandalism of firefighting assets in the country”.

A source privy to the deliberations told Peoples Gazette that AK-47 rifles would be among the weapons to be approved for deployment once implementation commences.

At the event, Mr Aregbesola, represented by the interior ministry’s Permanent Secretary, Dr Shuaib Belgore, mentioned that: “the Ministry would initiate the process of repealing the 1963 obsolete Fire Service Act and enactment of a new contemporary, vibrant, and enforceable law, through the instrument of an Executive Bill to be forwarded to the National Assembly for deliberation and eventual passage into law”

Mr Aregbesola added that fire safety management could become a tool for not only national security but also national development as assets protected in the event of fire outbreaks would allow the government to use the country’s “very lean resources” for other development programs instead of reconstructing said assets.