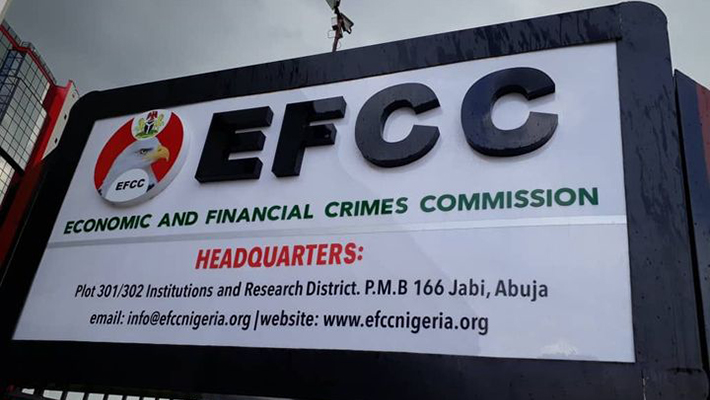 Justice M.T.M. Aliyu of the Kaduna High Court on Thursday sentenced one Christian Emmanuel to three years imprisonment for fraud.

Mr Emmanuel was charged with impersonation and fraud by the Economic and Financial Crimes Commission (EFCC), Kaduna Zonal Office.

The judge sentenced Mr Emmanuel after pleading guilty to the charges and begged for mercy.

Mr Aliyu, however, gave the convict an option of N2 million fine and warned him to desist from the life of crime.

The judge ordered the convict to pay N40 million as restitution to the complainant, Ajayi Segun. He warned that the convict’s failure to make the restitution would serve another two years in jail.

EFCC Counsel E.K. Garba told the court that the defendant was arrested following an intel-driven covert trailing of his fraudulent activities.

Mr Garba added that the defendant was impersonating staff of First Bank through which he defrauded the complainant of N40 million.