The number of out-of-school children in Nigeria has been estimated to be around 20 million, according to UNESCO. 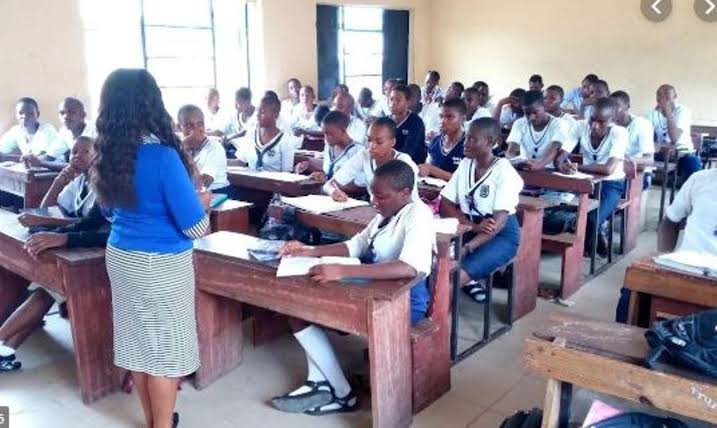 FIST Africa, as part of its social and community intervention in education, visited two schools in the FCT to pay tuition fees for indigent students.

The outreach was an initiative of the Executive Director, Kemi Fred-Adetiba, who personally took responsibility for 31 students as a way of giving back to the community in celebration of her birthday.

The project was conceived when she got to know that there are students who could not resume the session because their parents could not afford to pay their fees of N5000 per student.

The number of out-of-school children in Nigeria has been estimated to be around 20 million, according to UNESCO. This intervention was to ensure that the children remain in school rather than join the growing number of those who are at home and on the streets.

The first stop of the FIST Africa team was the Junior Secondary School, Apo Legislative Quarters, Abuja, where the school management recommended 30 students for the grant.

Mrs Kemi Fred-Adetiba used the opportunity to encourage the students to be of good behaviour by being obedient to their teachers and also taking their studies very seriously.

The school management, led by the principal, Promise Gordon, appreciated the team for the intervention.

The second stop of the team was the LEA Primary and Secondary School, Kabusa, also in Abuja, FCT. A total of 9 pupils were recommended for the grant, and payments were made for their tuition and school uniforms as some of them were new intakes.

Six of the nine pupils were orphans living with a woman who does menial jobs to feed her family. After seeing the situation, the founder of FIST Africa, Frederick Adetiba, announced that the organisation would adopt the six children and ensure their fees are paid from primary school to university.

The headmaster and the secretary, Abubakar Bawa and Danladi Tomizayi, commended the team for the kind gestures. Also present were supervisors from the Area Council, led by Stella Nwoke, who thanked the team for their interventions.

Some of the teachers also showed the team some of the challenges facing the school, such as overcrowded classrooms, insufficient desks and chairs as well as dilapidated writing boards.

Mr Adetiba went around to see the challenges first-hand and promised that FIST Africa would mobilise more resources to assist the pupils and students in mitigating some of the challenges. A number of the pupils were seen sitting on the bare floor because there were no chairs to sit on.