The suspects stole a motorcycle in the area Tuesday after killing its rider, a witness said. 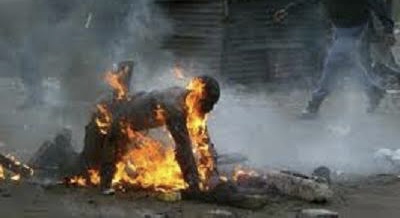 An Ibadan mob set two men ablaze on Thursday for attempting to snatch a commercial motorcycle from the rider.

A witness told the News Agency of Nigeria that a third member of the gang escaped.

He said the suspects stole a motorcycle in the area Tuesday after killing its rider.