Members of the House engaged the speaker in a scuffle as he announced the suspension of six lawmakers. 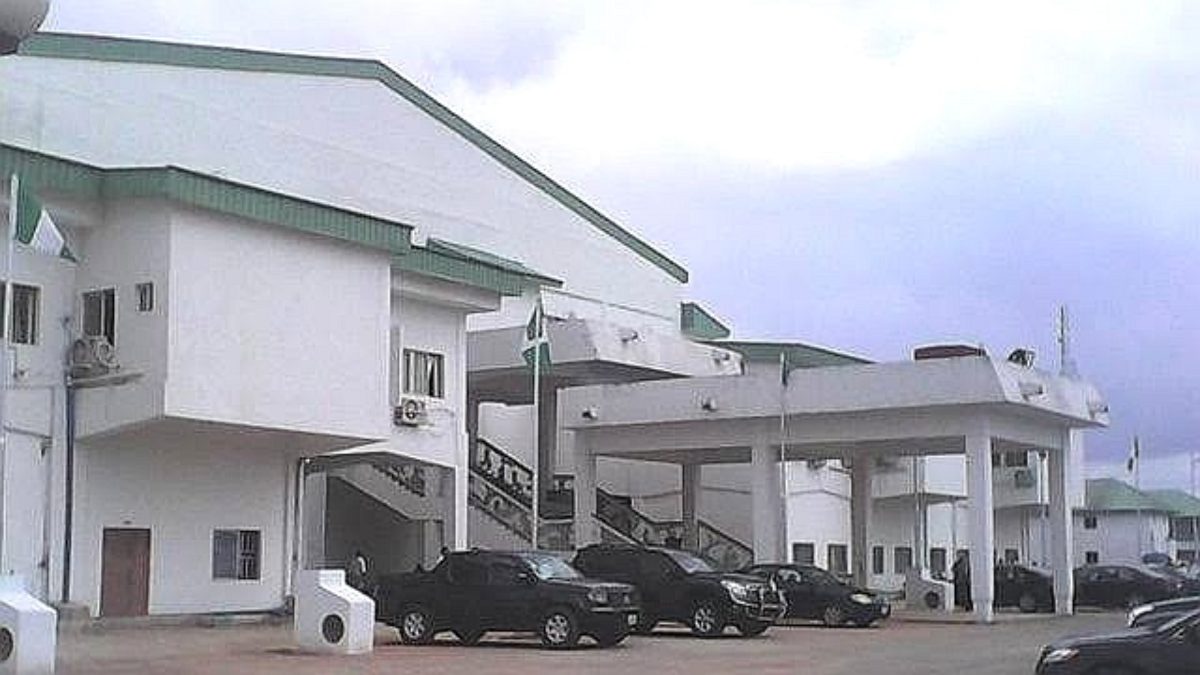 Imo House of Assembly used to illustrate the story

The Imo House of Assembly witnessed sporadic shooting as members engaged in a scuffle on Thursday.

The Speaker, Paul Emeziem (APC- Onuimo), announced the suspension of six lawmakers at the plenary for alleged unparliamentary conduct, saying the decision was taken at the executive session.

“Some members have been conducting themselves in an unparliamentary manner thereby bringing the house to ridicule.

“We have thoroughly examined this issue at the executive session of the house and have resolved that peace and order must continue to reign.

“The executive session has, therefore, recommended the suspension of the members who have engaged in different misconduct.

“This action is in line with ensuring that the image of the house remains as it should be while providing a functional environment and the synergy which we are required to provide to ensure all arms of government work together,” he said.

He also announced that all standing committees of the House have been dissolved.

The suspended members however objected to the suspension, describing it as illegal and undemocratic.

They insisted that they would continue to attend plenary.

Subsequently, the plenary became rowdy as one of the suspended lawmakers, Onyemaechi Njoku, tried to engage the speaker in a fight in protest.

This resulted in sporadic gunshots while the speaker was whisked away by his security details.

Mr Njoku, a member of the dissolved Ethics, Privileges and Information Committee, said their alleged misconduct was never brought to the committee.

He told newsmen that he would continue to attend plenary sessions as his suspension was invalid and undemocratic.

Similarly, Mr Egwim said the speaker did not follow the proper procedure in removing him as chief whip.

He stated that there were no valid grounds for his removal as no petition was brought against him and no existing case of proven misconduct.

Mr Ogbuagu expressed surprise at the alleged unparliamentary conduct as he had just attended his first sitting since the resumption of the house.

Ngozi Obiefule (APC- Isu) added that every request to know the venue of the purported executive session from the house whatsapp platform was not responded to.