The governor said such declaration would help to respond more aggressively with more men, money and materials to the harrowing situation. 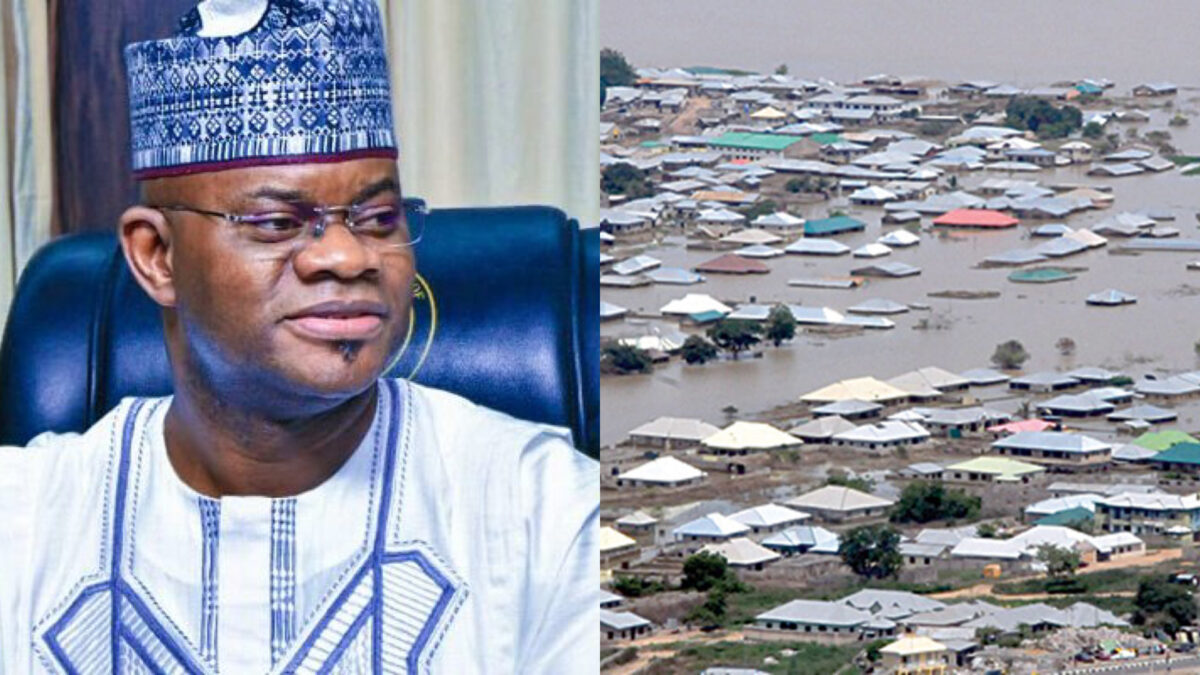 Yahaya Bello and Flood used to illustrate the story

Governor Yahaya Bello of Kogi has appealed to President Muhammadu Buhari to declare Kogi a state of national disaster following the ravaging effect of flood in the state and environs.

Mr Bello appealed to Mr Buhari in his Independence Day address on Saturday in Lokoja, stressing that a lasting solution must be proffered to the yearly menace.

He said such an emergency declaration would help to unlock the nation’s latent capabilities to respond more aggressively with more men, money and materials to the harrowing situation.

“The President may wish to recall that he made such a declaration in response to the 2018 flooding – and the floods this year are projected to be much worse than anything we saw in 2018.

“Thus, while thanking His Excellency for what the Federal agencies are already doing, I implore him to give us the help our people so desperately need at this time,” Mr Bello said.

The governor said the natural disaster had affected nine local government areas of the state, which were along the Rivers Niger and Benue, namely, Lokoja, Kogi-Koto, Ajaokuta, Ofu, Igalamela-Odolu, Bassa, Idah, Ibaji and Omala.

He also noted that Ibaji LGA was almost 100 per cent underwater, while the rest ranged from 30 per cent up and other inland LGAs also had some degree of flooding from smaller rivers and tributaries.

While he acknowledged that the state had a serious and humanitarian tragedy to attend to, the governor assured residents who had been affected that they were not alone and that help was around the corner.

He narrated that flooding in Kogi happened annually, and unfortunately, the people had gotten used to the ritual of devastation followed by inadequate palliatives, if any.

Reeling out the numerous efforts which, according to him, have yielded varying degrees of success, he revealed that the most common sense and humane option left now is to clear human habitations and businesses from the banks of the Rivers Niger and Benue where possible.

He added that his government would embark on clearing the lowlands along the entire floodplains in the endemic flood LGAs.

The governor also noted that lowland communities affected by the planned clearance would be relocated to higher grounds, and structures which fall into the designated work areas would have to make way.

Mr Bello, however, assured that the government would ensure proper resettlement and rehabilitation of those who would be affected.