Mr Bannon is facing criminal charges for his part in ‘We Build the Wall Inc.’, a group that raised $25 million to build a wall along the border with Mexico. 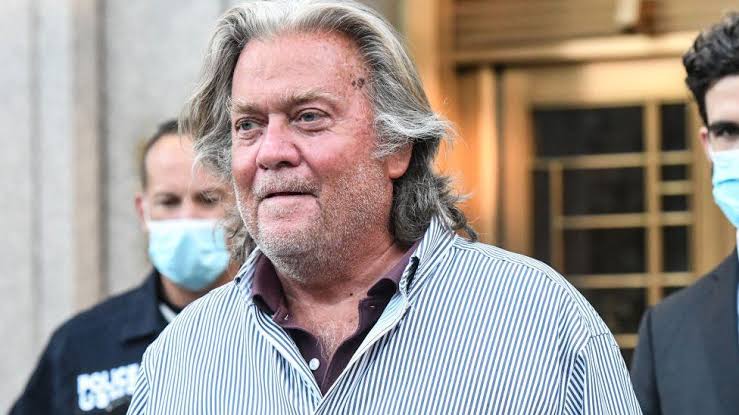 Mr Bannon is facing criminal charges for his part in ‘We Build the Wall Inc.’, a group that raised $25 million to build a wall along the border with Mexico.

“The Grand Jury of the County of New York, by this indictment, accuses Stephen K. Bannon and We Build The Wall, Inc., of the crime of MONEY LAUNDERING IN THE SECOND DEGREE, in violation of Penal Law § 470.15(1)(A),” the charges read.

Mr Bannon has been charged with two counts of money laundering, two counts of conspiracy, and a felony count of scheming to defraud in connection with his work with We Build the Wall Inc.

He faces between five and 15 years in prison if convicted. We Build the Wall itself was also charged.

“Stephen Bannon acted as the architect of a multimillion-dollar scheme to defraud thousands of donors across the country — including hundreds of Manhattan residents,” District Attorney Alvin Bragg, said in a statement.

Federal prosecutors had alleged that Mr Bannon collected $25m from donors for his We Build the Wall effort but used $1 million to pay off his personal expenses.

The charges come as the congressional committee is set to present its findings on the January 6 riot and whether Mr Trump is linked to the attack.

In July, Mr Bannon was convicted on contempt of congress charges. He had refused to comply with a subpoena from a congressional panel probing the January 6 riot at the U.S. Capitol building in Washington, DC.

The panel’s subpoena demanded documents or communications relating to Mr Trump and close colleagues, including lawyer Rudy Giuliani and groups such as the Proud Boys and the Oath Keepers.

In 2020, Mr Bannon was arrested by federal agents while he was aboard a yacht off the coast of Connecticut. He pleaded not guilty but was dropped from the case after Mr Trump issued a pardon in his final hours in office in January 2021.