The agency said the exercise was to ensure safety and zero or drastic reduction of road crashes during the yuletide and the 2023 general elections. 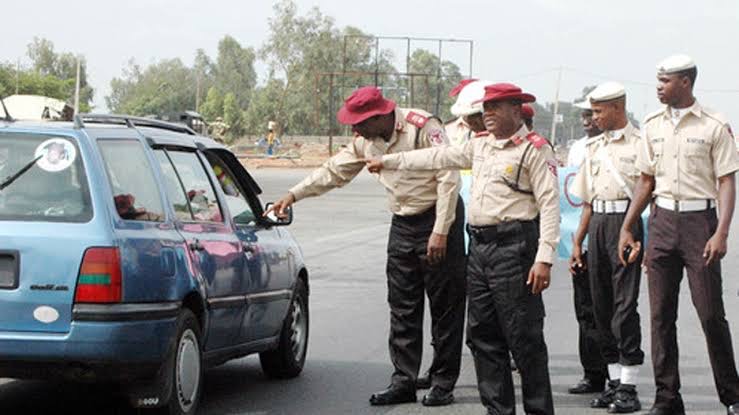 The free medical checkup was done as part of the FRSC corporate social responsibility, with a one-day ember months safety campaign at the 740 Motor Parks in Kaduna.

The Kaduna acting sector commander of the FRSC, Garba Lawal, said the exercise was to ensure safety and zero or drastic reduction of road crashes, especially during the yuletide and the 2023 general elections, usually characterised by an increase in vehicular movements.

Mr Lawal, represented by the deputy corps commander, operations, Solomon Igbogbo, said the medical outreach, especially the eye check, was to enable the drivers to have good judgement on the needful while on the road.

“Once you have good sight, you have good judgement and vice versa; we have been able to identify poor judgement as one of the major causes of crashes on our highways, which results from poor eyesight.

“Once the light is beamed on drivers who have poor eyesight while driving, they lose judgement as a result of the temporary blindness that immediately occurs,” he said.

He also said the other medical checkups were critical, especially to ensure that drivers were healthy before plying the road.

Mr Lawal said drivers who needed eyeglasses would be given medical advice, and those who engaged in an unhealthy lifestyle that might affect their means of livelihood as drivers.

He called on drivers to avoid night travels, noting that the year end was accompanied by hazy weather.

“Drivers must be contented. They will want to make more journeys during this period, to make up for the losses they had during the rainy season, which had less people that engaged in the journey,” he said.

Mr Lawal also called on the drivers to have good tyres and light systems and ensure being in a good state of health before plying the road.

An optometrist, Chris Ohacha, said a driver on the wheel was confronted with averlant situations in which he had to make fast decisions within seconds to avert a road crash.

“Once the sight is bad, then there is a high chance of road crash, hence the need for the eye check among other medical checkups,” he said.

Speaking on behalf of the drivers, the chairman of 740 Motor Park, Muhammad Barau, thanked the FRSC for the gesture.

He said the medical checkup would go a long way in complementing their efforts to ensure healthy drivers, which would translate to a reduction in road crashes.