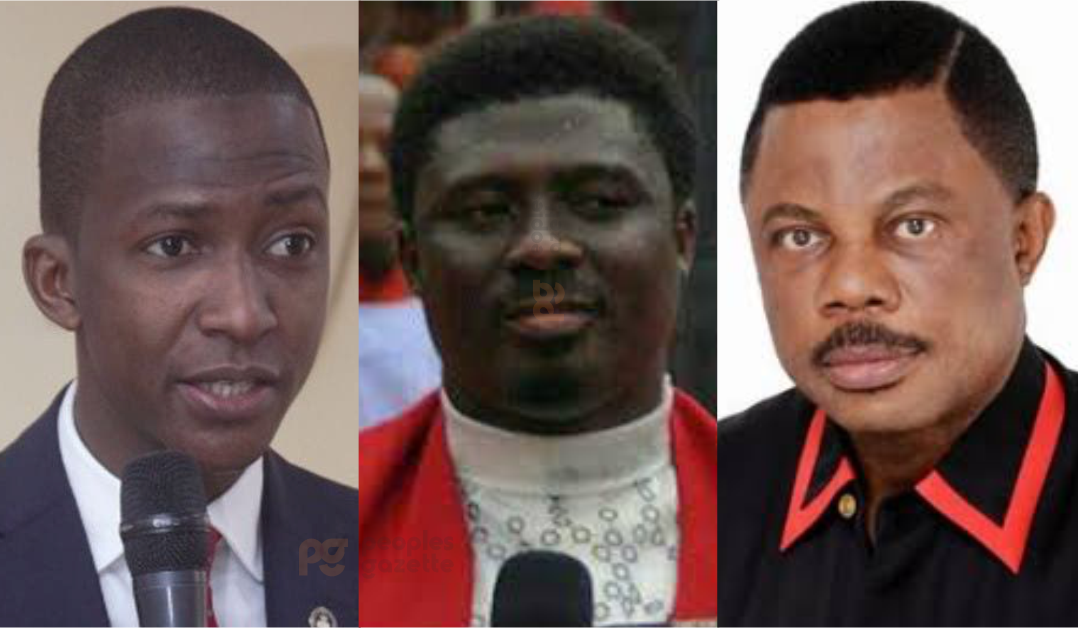 While addressing his congregation on Sunday, the reverend father of Holy Ghost Adoration Ministry in Onitsha said Mr Obiano was a leader who served Anambra with all his heart and does not deserve to be harassed by the ‘Fulanis.’ The EFCC is currently led by Abdulrasheed Bawa, a Muslim of Fulani ethnic group.

But Mr Bawa and the anti-graft office have consistently denied allegations of ethnic, religious or political sentiments in the course of their activities.

“What is the offence of that young man that served Anambra with a good heart of dedication. A man that built airport and many other things.

“I came across comments over willie Obiano’s harassment and people were happy. People were joining the Fulanis to malign their own brother. There are people that looted government money and properties, but they belong to a different political party, we know them even in this Igbo land, none of them has been arrested. Let the Federal government release Obiano,” Mr Obimma said.

Mr Obinma also said that the ex-governor is being persecuted because he belonged to an opposition political party and not the party of President Muhammadu Buhari, who makes an appointment to the EFCC and has absolute control of the agency’s activities.

“When I look at what is happening in Nigeria, I shed tears. Igbos we need to come back, we need to unite. Let us stop fighting one another. If Willie Obiano is from APC party, he wouldn’t have been arrested. True or false?” he asked rhetorically.

Mr Obimma’s exoneration of Mr Obiano contradicted available facts of the governor’s corrupt practices. In November 2021, Peoples Gazette exclusively published bank documents exposing how Mr Obiano took N4 billion from the state coffers on the same day. The funds were not accounted for to date.

Mr Obiano was also quizzed in February 2022 over the withdrawal of N37 billion in cash and looting of other funds in the state. The former governor had enjoyed immunity while in office and could not be prosecuted. He was arrested shortly after he handed over to his successor on Thursday.