Governor Abdullahi Ganduje has freed 136 Kano inmates as part of measures to decongest prisons in the state, giving them N680,000 as transport fare to their homes. 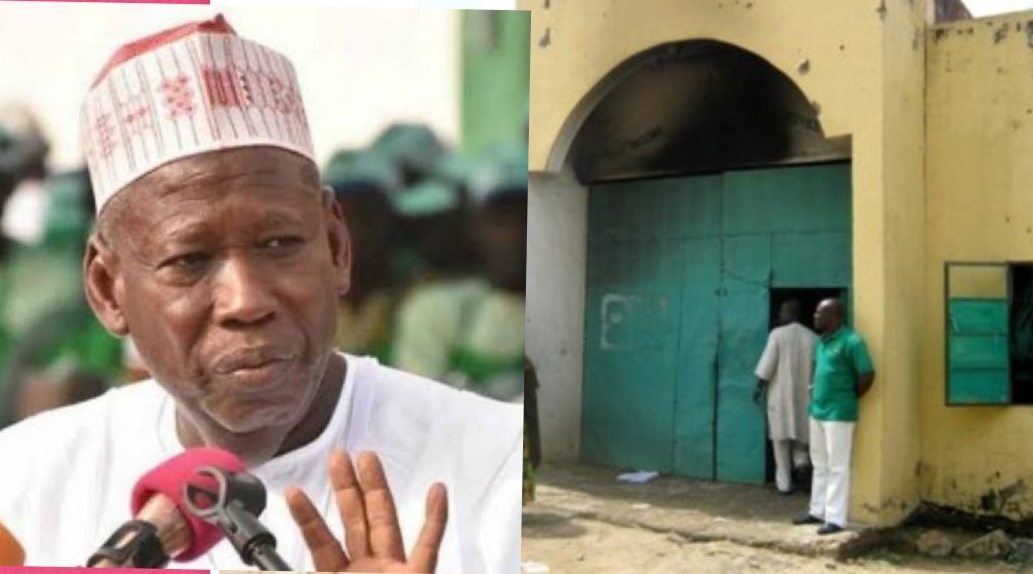 Governor Abdullahi Ganduje has freed 136 Kano prison inmates as part of measures to decongest prisons in the state, giving them N680,000 as transport fare to their homes.

Mr Anwar stated that the governor took the decision when he visited Goron-Dutse Medium Correctional Centre on Tuesday.

“You are Nigerians who deserved to be taken care of, and that is why we are here today to celebrate with you this great Eid-el-Kabir, by pardoning some of you.

“We are also here to see how you are feeling and to share the joyous moment with you.

“We want those of you who repented to promise us not to go back to your previous nefarious acts,” the governor was quoted as saying.

Mr Anwar added that some inmates were pardoned either due to ill-health or had stayed longer than necessary.

He noted that others were there because they were unable to pay the fines slapped on them.

“The pardoning exercise is in compliance with President Muhammadu Buhari’s directive to decongest correctional centres across the country,” he quoted Ganduje as saying.

In his remarks, the Controller, Kano Correctional Centres, Sulaiman Sulaiman, commended the governor for being humane by relating with inmates.

“I have worked for 30 years in many states. I have never seen a state governor who cares very much about the plight of inmates in our correctional centres as Governor Ganduje,” he said.

Mr Sulaiman thanked the governor for giving inmates cattle and rams to celebrate the Eid-el-Kabir.

Mr Anwar said the governor gave N5,000 to each pardoned inmate as transport fare to their destination.