A high court in Kano has ordered Governor Abdullahi Ganduje to pay N800,000 to journalist Jaafar Jaafar and Daily Nigerian over the Gandollar video case. 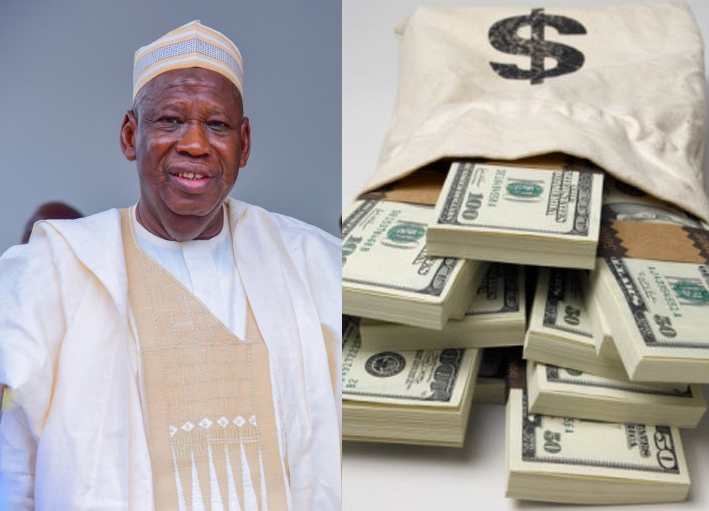 A high court in Kano has ordered Governor Abdullahi Ganduje to pay N800,000 to journalist Jaafar Jaafar and Daily Nigerian over the Gandollar video case.

Mr Ganduje had filed a suit in November 2018, seeking N3 billion as damages for defamation of character against Mr Jaafar over videos his online newspaper published of the governor receiving bribe in US dollars.

The respondents in the suit were Mr Jaafar, his company, and Penlight Media limited (Daily Nigerian).

When the case came up on Tuesday, there was a mild drama in court between counsels for the plaintiff and respondents regarding whether the case was for mention or hearing.

Counsel to the plaintiff, Offiong Offiong, had filed an application for motion on notice dated June 28, seeking to withdraw the N3 billion defamation suit he filed against the respondents, insisting, “We rely on order 23 rule 4 and 3 of the rule of the court, supported by a written address to discontinue the suit.”

Responding, counsel to the first respondent, U Eteng, and Muhammad Dan’azumi, for the second respondent, argued that hearing on the application seeking to discontinue the suit by the plaintiff was not ripe and urged the court to strike out the application.

Mr Eteng had similarly filed a four-paragraph counter-affidavit and a written address dated July 1 to amend the statement of defence and add the respondent’s counterclaim.

“Daily Nigerian has gone through stress for four years. We need a written apology to be published in the national dailies and pre-action letter by the plaintiff,” the counsel argued.

In his ruling, Justice Suleiman NaMalam, discontinued the suit, with number K/519/2018 and the statement of claim against the respondents, while ordering the plaintiff to pay the two respondents N400,000 each as costs for necessary expenses.

Daily Nigerian had in 2018 published a series of videos showing Mr Ganduje collecting kickbacks from contractors.

But the governor denied the allegations.