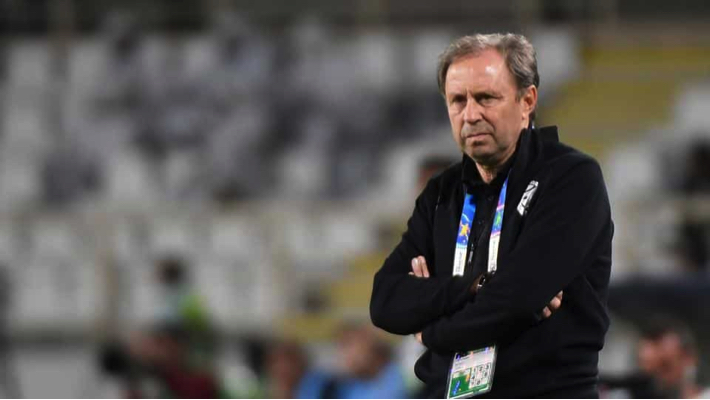 The first coaching casualty of the ongoing 2021 Africa Cup of Nations (AFCON) in Cameroon has emerged in Ghana’s coach Milovan Rajevac.

The Serb has been dismissed following a directive given to the Ghana Football Association (GFA) by the country’s ministry of sports.

His dismissal follows the Black Stars’ group stage elimination from the 2021 AFCON where they had a dismal performance.

The four-time champions secured only a single point from games against Morocco, Gabon and Comoros to finish bottom of their group.

The performance marked one of the lowest points in the national team’s history, being the worst by a team that was at the quarter-finals of the 2010 FIFA World Cup.

Rajevac rejoined Ghana for his second spell in September 2021, after leading them at South Africa 2010, and qualified them for AFCON 2021 and the final round of the 2022 World Cup qualifiers.

His sacking came a few hours before the Black Stars were in Douala on Saturday drawn to meet Nigeria in the final round of the 2022 World Cup qualifiers.

Expectations are that he will be replaced with an interim coach ahead of the two Qatar 2022 qualifying games and probably the finals in November and December.

Rajevac’s sacking came about after the sports ministry directed GFA to reconstitute the team’s management committee following an emergency meeting it held with the association on Friday.

At the meeting, both sides reviewed the Black Stars’ performance at AFCON 2021 and discussed preparations for the 2022 World Cup playoffs.

The ministry, it was gathered, “made it clear to GFA that the people of Ghana have lost confidence in the capacity of the team’s current technical team to deliver success.”

The GFA was then directed to “review the work and capacity of the current technical team led by Rajevac.”

It was also gathered that the GFA at the meeting was hesitant about relieving the Serbian of his duties.

“This was said to be because of the severance fee the country was liable to pay, which is an estimated minimum of 270,000 dollars and which can rise to 370,000 dollars if a sign-on fee is included,” according to a source.