Borrusia Moechengladbach played out a 1-1 draw with Bundesliga champions Bayern Munich in league opener on Friday. 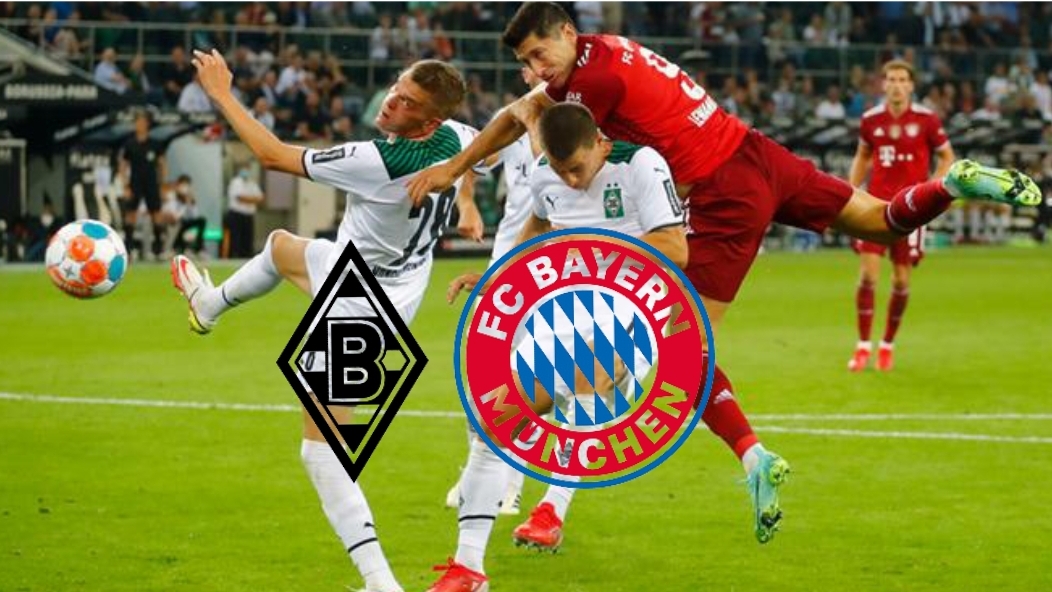 Sommer produced a string of superb saves, including several on last season’s record goalscorer Robert — and was beaten only by the Pole’s volley in the 42nd minute.

That secured a draw which was deserved for Bayern Munich after a shaky start in coach Julian Nagelsmann’s debut.

They had fallen behind to Alassane Plea’s strike in just 10 minutes.

After the previous campaign was contested largely behind closed doors due to the coronavirus pandemic, a half-capacity crowd of nearly 23,000 were present.

They were there to roar on Gladbach against the title-holders at the start of the 59th Bundesliga season.

No champion has lost the opener since given the regular honour of opening the season back in 2002 although previously they had always played at home.

Bayern Munich had the majority of the chances but in the end maintained that record by surviving two massive penalty kick claims when debutant Dayot Upamecano twice brought down Marcus Thuram.

Gladbach coach Adi Huetter was booked for his protests as the hosts wondered why the video assistant referee did not correct the apparent on-field errors by the match official.

“We’ve seen a spectacular Bundesliga game which really went backwards and forwards,” Huetter told broadcaster Sat1 and remained diplomatic on the penalty kicks, though he thought they should have been awarded.

Upamecano, who like Nagelsmann joined Bayern Munich from runners-up RB Leipzig in summer, pulled back substitute Thuram as he raced to meet an 81st minute cross.

Just 60 seconds later, he bundled into the same player from behind with little chance of winning the ball.

Nagelsmann called it a “fair draw” and said he trusted the penalty kick decisions were correct given they had been reviewed.

The claims came as part of a furious Gladbach finale.

This also included Lars Stindl forcing Manuel Neuer into a full-stretch save and Thuram having a fresh-air kick on the six-yard line.

Gladbach finished as strongly as they started when Bayern Munich’s defence, including Alphonso Davies back from injury and reserve Josip Stanisic in for the injured Benjamin Pavard, took time to settle.

Patrick Herrmann, in his 300th Bundesliga game for Gladbach, shot just wide and looked for Stindl when he should have gone alone.

Bayern Munich were finally punished when Davies lost possession and Stindl touched a rapid break to Plea, who slotted past Neuer.

“You have to be happy with a point against Bayern Munich,” Herrmann said, though he admitted Gladbach could have won and said “from the bench it looked like there was contact” in the penalty kick claims.

Lewandowski was twice denied by Sommer in a remarkable personal duel before firing past the goalkeeper directly from Joshua Kimmich’s corner-kick.

It was his 11th consecutive league match with a goal as he began his bid to better last season’s tally of 41.

The second of those Sommer saves was point-blank, when a goal looked certain.

The goalkeeper repeated the trick on the hour by getting his foot to Lewandowski’s shot when a cross deflected into his path.