Governor Inuwa used the occasion to seek for more prayers for leaders at all levels from all and sundry for Allah’s guidance in discharging their tasks. 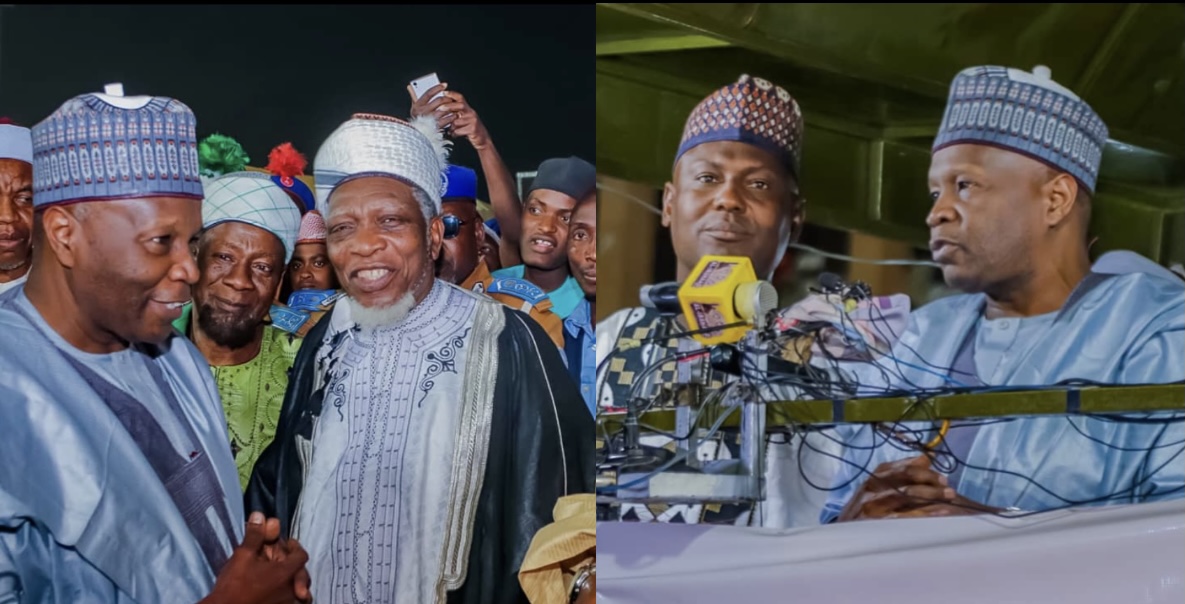 …Harps On Unity, Peaceful Co-existence Among The Faithful

The Governor, who was the Special Guest of Honour at the opening session,  held Saturday night, delivered a though-provoking preaching on ‘trust justice and burden of leadership ‘.

He mounted the podium alongside his special adviser on community relations and ethical orientation, Dr Auwal Abdullahi (Gafakan Akko) who recited the text of the reference verses for him.

Governor Inuwa who cited Chapter 3 verse 103 of the holy Qur’an where Almighty Allah said, “And hold firmly to the rope of Allah all together and do not become divided”, therefore called on all faithful to unite and tolerate their differences, noting that peace is the backbone of any meaningful development.

Speaking on the responsibility of leaders, the governor cautioned all those in position of authority to uphold leadership tasks they are entrusted with, explaining that they will give account on how they discharge their duties in the hereafter.

“I also want to urge anyone in leadership position to be transparent, accountable in their respective  tasks as many speakers advocated here before, let us not forget that Trust is a burden”. He however said, “ as leaders, we are trying our best to deliver on the responsibility we are entrusted with”.

Governor Inuwa supported his statement with a reference from the Holy Qur’an, Chapter 4: verse 58 where Allah said “Truly Allah commands you to render trust to their rightful owners, and when you judge between people that you do so with justice”.

“I said it times without number, that a Governor is also human being like everyone; he errs: he makes mistakes; he is not perfect; he will die like every living creature, he will be judged in the hereafter on his leadership responsibilities, but followers equally have responsibility of obedience and praying for the leaders according to the commands of Allah and his messenger”, the governor explained.

He also preached the gospel of unity, religious tolerance, God- fearing among Nigerians, the factors he described as ingredients of a peaceful and a stable Nigeria.

Governor Inuwa used the occasion to seek for more prayers for leaders at all levels from all and sundry for Allah’s guidance in discharging their tasks, emphasising that abusing or causing leaders has negative effects on the led, especially considering the unfortunate state of some parts of the nation at the moment.

“The solution of what is happening today in our country lies in our collective repentance, resubmitting ourselves to the will of Allah, praying for His mercies; He would definitely answer our prayers and bring succor to our people. “I hope you will continue to offer your sincere prayers for the peace and prosperity of our dear nation”.

Governor Inuwa who expressed his delight to the Izala organisation for finding Gombe worthy to host such an auspicious and august event,  maintained that, the preaching programme will go a long way in bringing enormous blessings and development to the state and the country at large.

He however attributed the selection of Gombe to host the programme to the fact that the state enjoys relative peace. He then called on Muslims to unite and pray for the sustenance of peace in the state.

“Our administration believes in religious tolerance and respect for all; and that has contributed significantly in the relative peace we enjoy here in Gombe today. Recently our Christian brothers held a similar event here and were accorded all the desired support to ensure a hitch-free session because an honest leader represents all”.

Earlier in his preaching session, the leader of the Izala organisation, Ash-Shaikh Muhammad Sani Yahaya Jingir called on all politicians to do politics without bitterness and shun seeking power for self aggrandizement. The cleric prayed for good leaders that will bring development to their people and put Nigeria on the path of progress.

Sheikh Jingir expressed the organisation’s unreserved appreciation to Gombe State government for its support towards the success of the programme.